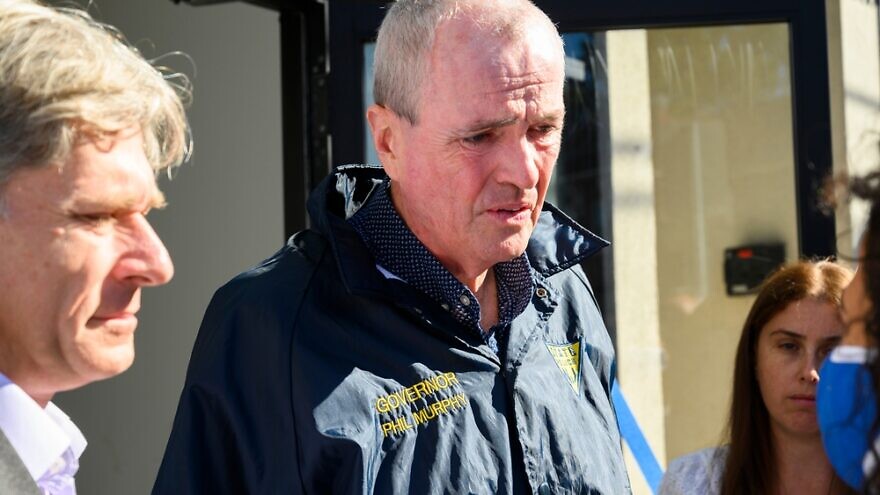 “With hate crimes on the rise, we must do everything that we can to protect vulnerable communities from threats to safety,” the governor said in a press release on Tuesday. “This legislation provides funding that will allow nonprofits that are at high risk of being targeted to take measures to protect themselves. Our administration will always act as a partner to those who are targeted and under threat.”

His announcement came days after the Jan. 15 hostage situation at Congregations Beth Israel in Colleyville, Texas, though it had been in the works for months.

Jason Shames, CEO of the Jewish Federation of Northern New Jersey, said in a press release: “We have worked tirelessly with our partners in the legislature and nonprofit community to ensure the safety and security of our state’s nonprofit and religious institutions. Particularly in light of recent anti-Semitic incidents locally and around the country, it is essential to continue this important work with our partners to protect all of our citizens from acts of violence and hate. Making the Nonprofit Security Grant Program permanent goes a long way towards this goal.”

Jennifer Dubrow Weiss, CEO of the Jewish Federation of Southern New Jersey, echoed her colleague, saying in a press release: “Utilization of the funds made available through the Nonprofit Security Grant Program has been vital not only to enhancing the physical security within our communal institutions but also demonstrating a real appreciation for the vulnerability many individuals continue to feel throughout our community.”

Under the permanent funding, grants of up to $50,000 will be available for nonprofit organizations “at greatest risk of attack.” The money can be used for the purchase of necessary equipment, with up to $10,000 for security personnel.

Like the pilot program, which expired in 2020, it will be coordinated through the state’s office of homeland security and preparedness, which is being directed to request $2 million annually to fund the program.

While a bottom-line spot for this now exists, it will remain up to the state legislature to allocate regular funds as part of the annual budget.

“Times have not gotten any better since the pilot program was introduced; we’ve all seen the news reports,” said state assembly members Annette Quijano, Valerie Vaineri-Huttle and Robert Karabinchak, in the governor’s press release. “Many religious-based nonprofits remain at risk, and the need for security has heightened. … Through the pilot program, we were able to see the need for funding. Now it’s time to make that support a permanent priority.”

Nearly 300 anti-Semitic incidents were recorded in New Jersey in 2020, the most recent data available. According to the Anti-Defamation League, nearly two-thirds of those incidents were described as harassment; vandalism made up the remaining third. Assaults comprised a minor part of the final figures.

Rabbi Avi Schnall, executive director of Agudath Israel of America in New Jersey, told JNS that the governor’s action “is a very positive step and a good direction to continue to help ensure houses of worship are protected.”