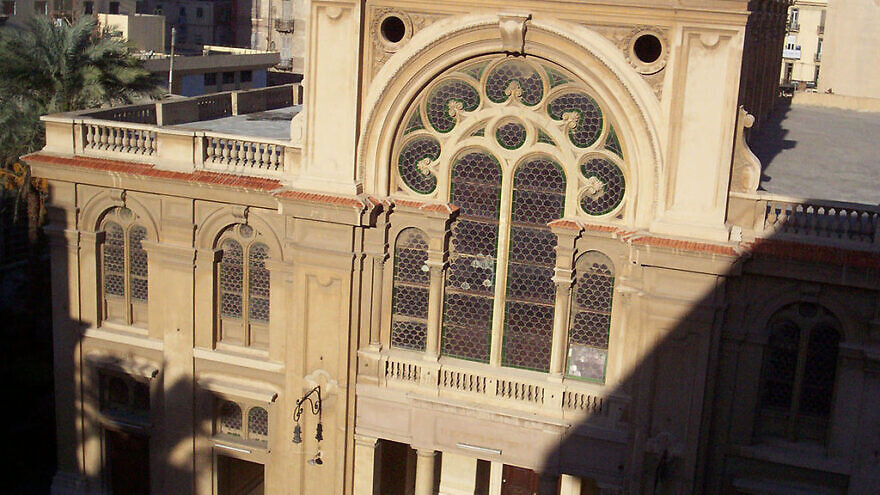 About 180 Diaspora Jews who have Egyptian roots traveled to Egypt to participate in Shabbat services celebrating the newly renovated 14th-century Eliyahu Hanavi Synagogue, reported The Jerusalem Post. The weekend was organized by the Nebi Daniel Association, which is dedicated to the preservation of Jewish sites in Egypt.

The synagogue was restored in a multiyear, multimillion-dollar effort that began in 2017 as part of Egypt’s new efforts to preserve its Jewish heritage. It cost around $4 million, which included upgrading the lighting and the security system.

“I’m very proud of what my country has done, and it symbolizes living together,” said Magda Haroun, head of Cairo’s Jewish community, according to Haaretz. “Today, there is no difference between Muslims, Christians and Jews in Egypt.”

Eliyahu Hanavi Synagogue was built in 1354, destroyed by fire in 1798 when Napoleon invaded Egypt and then rebuilt in 1850.

According to the World Monuments Fund, it is one of the largest synagogues in the Middle East and one of only two synagogues remaining from the dozen originally in Alexandria. The city was once home to an estimated 40,000 Jews, with roots dating back to antiquity.

Its Jewish population decreased following Israel’s establishment in 1948 and the expulsion of Jews from the country, when the synagogue fell into neglect. After a portion of the roof collapsed, rainwater caused severe damage; in 2012, the synagogue was closed due to security concerns.