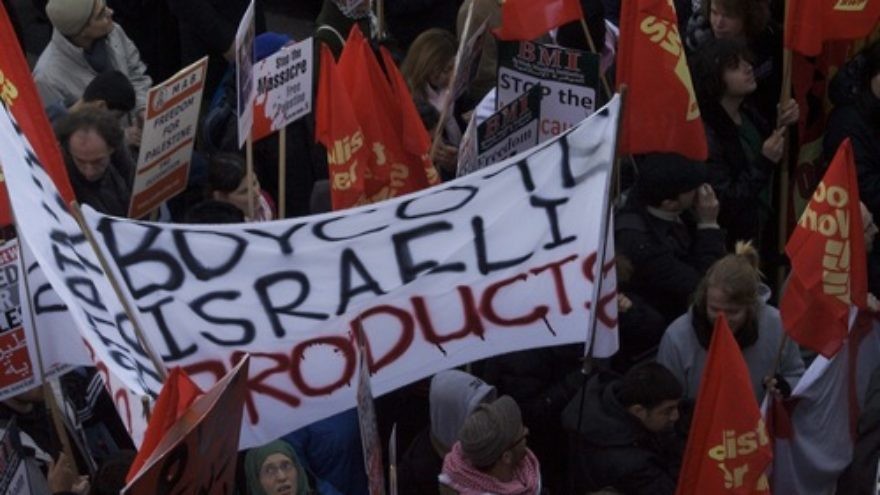 There won’t be any sunshine for boycotters of Israel in the Sunshine State.

In a near-unanimous 112-2 vote, the Florida House of Representatives on Feb. 24 passed “Senate Bill 86: Scrutinized Companies,” legislation designed to prevent Florida from investing in or doing business with companies participating in boycotts of Israel.

If signed into law by Florida Governor Rick Scott, the bill would require the state to maintain a list of “scrutinized companies” participating in boycotts of Israel, or boycotts against companies and individuals doing business in Israel. Even a statement by a company that it planned to participate in such a boycott could be held against the company. The bill also makes no distinction between undisputed Israeli territory and the communities located beyond Israel’s 1967 lines. Florida’s state government would be required to divest from companies on the “scrutinized” list, while municipal governments within the state would also be prohibited from contracting with companies on the list above a threshold amount.

In a growing trend of individual U.S. states taking legislative action against the anti-Israel Boycott, Divestment and Sanctions (BDS) movement, Tennessee, New York, and Pennsylvania have all passed resolutions condemning BDS, while Illinois, Indiana, and South Carolina have gone even further. Illinois passed a bill that prohibits state pension funds from including in their portfolios companies that participate in the BDS movement. South Carolina passed legislation that bars state agencies from contracting with any business that boycotts others “based on race, color, religion, gender, or national origin.” Most recently, a measure passed unanimously in January by the Indiana House of Representatives requires “the public retirement system to divest from businesses that engage in action or inaction to boycott, divest from, or sanction Israel.” The Florida legislation, too, goes beyond condemnation of BDS.

“The [BDS] movement, while being anti-Israel, is not pro-peace or even pro-Palestinian. Its goals, if achieved, would leave Palestinians impoverished. We welcome the fact that Florida is joining Illinois and South Carolina in rejecting the boycott campaign,” said Roz Rothstein, CEO of the pro-Israel education and advocacy group StandWithUs.

The bill had passed unanimously in the Florida Senate, 38-0, before the 112-2 House vote. During both the floor debate and committee testimony in the House, Rep. Jared Moskowitz (D-Broward) noted that the BDS movement is becoming “cool” on even state-funded college campuses. He cited a recent vote by the University of South Florida Student Senate to request that the university divest from Israel. That vote was eventually vetoed by the student body’s president and vice president. Moskowitz also referenced the European Union’s recent removal of “Made in Israel” labels from Israeli products originating beyond the 1967 lines.

Other supporters of the Florida bill noted the close trade, military, and political ties between Israel and the United States, and the fact that Israel is the Middle East’s only functioning democracy.

At a Feb. 4 hearing of the Florida House State Affairs Committee, almost all of the citizen testimony against the bill came from college students, who argued that BDS was a “peaceful” way of pressuring Israel with respect to the settlements and its relations with the Palestinians.  The students also staged a disruptive protest during the debate portion of the hearing, and were ushered out by security personnel. Attendees of the same hearing who support the bill pointed out that punishing Israel was less likely to result in a lasting two-state solution.

Opposition to the bill was also voiced by the Florida chapter of the Council on American-Islamic Relations (CAIR), which noted that boycotts are a form of protected speech. The bill’s supporters countered that while boycotts may be a valid form of pressure, Israel is not a valid target for their wrath, and that the state has the right to decide with whom it will do business as well as whether or not the companies it chooses to invest in share the state’s values.

Perhaps ironically, CAIR cited the forced closure of a SodaStream plant in the Judea and Samaria industrial plant of Mishor Adumim as a BDS-driven success. That move, which SodaStream actually called “purely commercial” rather than being a result of anti-Israel pressure, terminated the jobs of roughly 500 Palestinians who had been employed there.

While most of the debate about the Florida bill focused on the Israeli-Palestinian conflict and broader Arab-Israeli conflict, the matter is also one of pure business for the state of Florida. In 2013, Florida exported roughly $80 million in goods and services to Israel, with roughly half that amount relating to motor vehicles and civilian aircraft. Florida also imported about $140 million worth of Israeli agricultural and technological products that year.