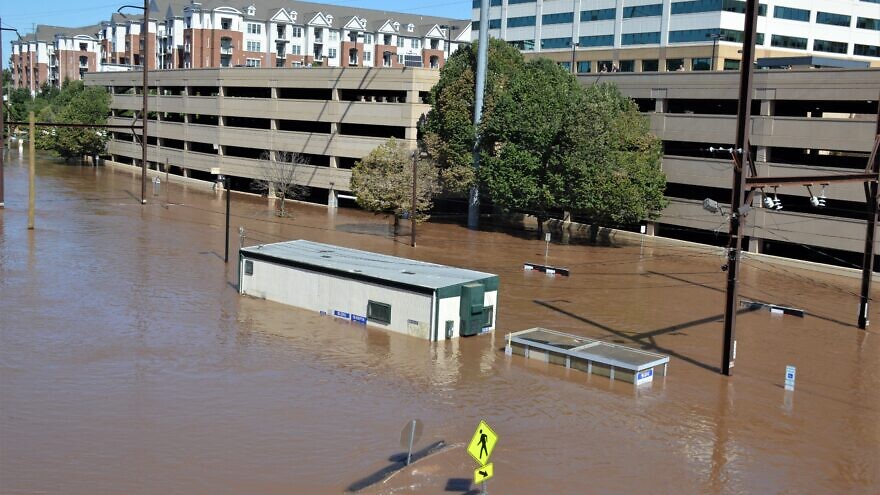 (September 3, 2021 / JNS) The Jewish Federation of Greater MetroWest, N.J., announced Friday it will make an emergency allocation of up to $25,000 to help low-income families in Elizabeth, N.J., whose homes were destroyed by the flooding.

The allocation by the executive committee comes as individuals and businesses struggle to deal with the aftermath of intense flooding related to Hurricane Ida that saw roads turn into rivers in New Jersey, New York and Pennsylvania, on Wednesday night. As of Friday, 49 reported deaths in Northeast areas have been attributed to the storm (overall, at least 62 deaths across eight U.S. states related to Ida), among them an Orthodox Jewish man from Westchester County, N.Y.

Rabbi Shmuel Dovid Weissmandel, 69, was driving on Wednesday night from Monsey, N.Y., to his home in Mount Kisco in Westchester County, N.Y., when his car started getting submerged in floodwaters near the Governor Mario M. Cuomo Bridge, formerly known as the Tappan Zee Bridge, reported COLlive.

Unable to drive farther because of the high waters, he contacted his family and asked if they could help rescue him. His son took to WhatsApp at around midnight and asked if anyone with a sturdy car could help evacuate his father, but the latter passed away before anyone was could reach him. It is unknown if he drowned in the flooding or suffered a medical incident while in his car.

Weissmandel’s father, Rabbi Michoel Ber Weissmandel, served as the dean of a Jewish school in Nitra, Slovakia, and is well-known for risking his life to save Jews during World War II, according to the online publication Vos Iz Neias.

Many areas received the equivalent of a month’s worth of rain in just a few hours—up to eight inches in some places—that overwhelmed drainage systems. Additionally, five tornados were spawned during the weather event.

“As with any emergency situation, our top priority is the health and safety of New Jerseyans, and we extend our deepest condolences to those families experiencing the loss or grave injury of a loved one,” said New Jersey Gov. Phil Murphy on Friday. 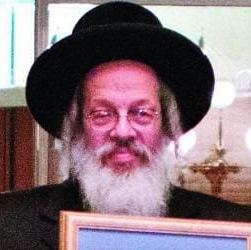 In West Orange, N.J., community members came to the aid of people whose homes were flooded, helping to arrange for wet vacs to mop up water from basements and meals for Shabbat and Rosh Hashanah if needed.

“A number of families were severely affected,” reported Rabbi Eliezer Zwickler of Congregation Ahawas Achim B’nai Jacob & David. “Members of the community quickly offered assistance and helped clean up basements and provide support for those affected.”

In Bound Brook, N.J., where the local river is prone to flooding in storms, Rabbi James Stephen Wylen of Congregation Knesseth Israel said they were fortunate.

“Our synagogue building is OK, but Main Street, two blocks away, was flooded, and some streets near the synagogue were closed,” he said. “Some of our members had water damage to their homes. To be on the safe side, we are having Zoom services this Shabbat. We will be back in our building for Rosh Hashanah.”

Across the Hudson River in New York, at least one synagogue in Westchester County, N.Y., was seriously damaged in the flooding, while the Torah scrolls from a congregation in the Williamsburg neighborhood of Brooklyn were damaged in Wednesday night’s storms.

Members of the Hatzalah division of Queens, N.Y., an all-volunteer ambulance service staffed by Orthodox men, were busy throughout the night responding to distress calls and assisting people impacted by the storms.

But according to one Hatzalah volunteer from Brooklyn, it’s all in a day’s (or night’s) work.

“If it’s not flooding, it’s COVID; if it’s not that, it’s a patient with chest pains. The fact that it was rain didn’t make a difference,” said the volunteer, who asked that his name not be used for privacy. “This is what we do. We do the same job, the same way, with the same determination