On Sunday night, the security coordinator for Avshalom, a Jewish community in the “Gaza Envelope” region, prevented what might have been a major terrorist attack, intercepting an infiltrator who had crossed the security barrier from Gaza. Andre Dostov sustained stab wounds to the arms and stomach, and was evacuated to the hospital for medical care. A second security team member, who arrived at the scene while the struggle was in progress, shot the intruder and neutralized him.

Dostov, who had previously been awarded certificates of excellence for his outstanding service, was unarmed.

Last year, criminals whom he had apprehended and turned over to the police took revenge by filing trumped up charges with the Internal Affairs Department. Only last week, the security coordinator appealed, with the assistance of Israeli NGO Regavim, for the return of his firearm, but his appeal was rejected.

The absurdity of the situation can’t be missed: The first responder at the scene, who sprang into action in response to an alert sounded by residents of the community, has been forced to fulfill his security duties for the past year barehanded, as a result of a spiteful, unfounded complaint filed against him by Bedouin criminals from the squatters’ camp at Bir Hadaj whom he apprehended last year. 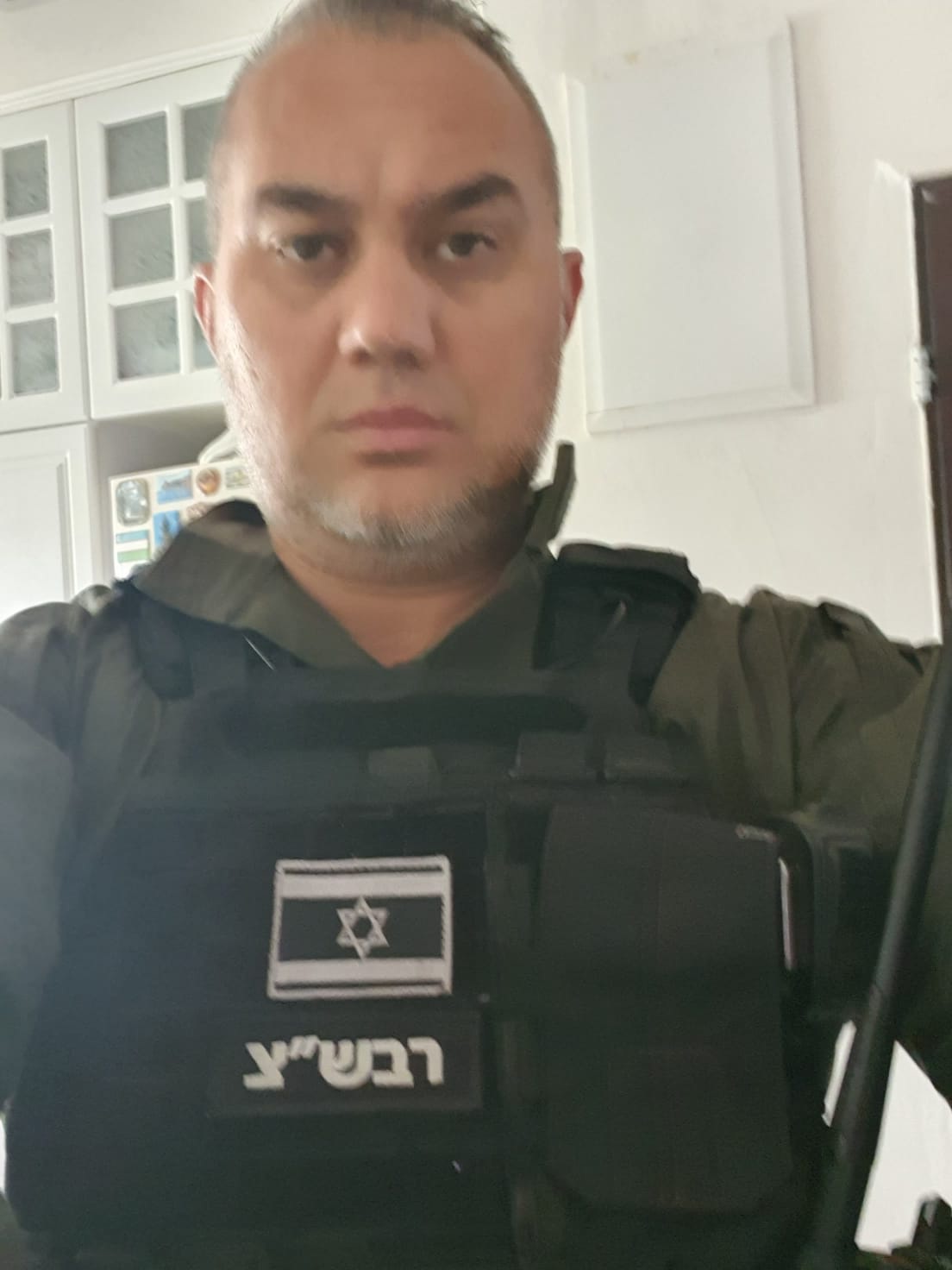 Only last week, the appeal submitted to the Internal Affairs Department of the Homeland Security Ministry by this decorated and highly regarded security coordinator, as well as the security coordinator of another nearby Jewish community, was rejected on the grounds that there was “cause for concern for the public’s safety.”

The two security coordinators are Israel Police volunteers, and in the course of their duties last year detained several suspects. The police officer who joined them issued the suspects citations for serious safety infractions and for violations of coronavirus regulations then in force.

As the situation unfolded, the suspects threatened the volunteer policemen, warning them that they would take revenge. Soon after, they submitted a complaint to the Internal Affairs Investigation Unit, claiming that the volunteers had drawn their weapons on them. As a result, the two security coordinators’ personal firearms were impounded, forcing them to submit an appeal.

Absurd as it may sound, their appeal was rejected on the grounds that these highly regarded security specialists pose a potential “danger to public safety,” despite the fact that both men continue to take part in active police activity and carry firearms while on duty as volunteer policemen and during their military reserve duty, to which both men were conscripted in recent weeks.

“Tonight, it became clear beyond a shadow of doubt that this brave and professional security coordinator is no threat to public safety—he is the protector of public safety. If the terrorist had come upon women and children rather encountering this trained and fearless man, tonight would have ended in tragedy,” said Meir Deutsch, director general of Regavim. “I hope the Ministry of Homeland Security will come to its senses immediately and return the Security Coordinators’ weapons without delay.”