(November 3, 2022 / JNS) Even before the final votes are counted in the latest Israeli election or the coalition negotiations begin, some American Jews and politicians are predicting disaster for the U.S.-Israel relationship.

The doomsayers point to the victorious Likud, led by Benjamin Netanyahu, and the Religious Zionist Party, led by Bezalel Smotrich and Itamar Ben-Gvir, who won a combined 45-46 Knesset seats. Together with the 19-20 seats won by the ultra-Orthodox parties Shas and United Torah Judaism, this gives Netanyahu’s right-religious bloc a commanding 65-seat majority.

In response to the results, Susie Gelman, chairwoman of the leftist Israel Policy Forum, issued a jeremiad endorsed by Jeremy Ben-Ami, president of the left-wing lobby J Street.

“For the overwhelming majority of American Jews,” it said, “Ben-Gvir is indefensible, as are the trends that he personifies. His increasing influence and the prospect of his attaining a measure of formal governmental power will make it easier for many American Jews not only to disavow him in disgust but to apathetically turn away from Israel altogether.”

Ben-Ami added his two cents, thanking Gelman in a tweet for “this strong statement regarding Itamar Ben-Gvir and the need to reject racism as loudly in Israel as we do here.”

Why did Israel vote in favor of the right-religious bloc?

Israelis are distressed by the upsurge in Palestinian terrorism inside pre-1967 Israel, as well as in Judea and Samaria. For example, on election day, a street camera filmed an Arab man attempting to abduct an Israeli woman and force her into his car in the city of Tiberias. She broke away and escaped.

Barely a day goes by without an attack, and the Palestinian Authority security forces do virtually nothing to stop the terrorists. The outgoing Lapid government, including Defense Minister Benny Gantz, lost the public’s confidence because they were unable to suppress the bloody terror surge.

The elections were also a vote of no confidence in the police, who have been unable to stem the rise of crime and spousal abuse in the Israeli-Arab community.

Moreover, as traumatic as the May 2021 Hamas rocket attacks were for the Israeli public huddled in shelters, they didn’t compare to the large-scale rioting and mayhem conducted by Israeli Arabs in “mixed” cities like Ramla, Lod and Haifa.

After the election, polls showed that many Israelis do not trust their Arab fellow citizens or the Arab political parties, one of which was a member of Lapid’s coalition.

The American reaction has ignored all of this in favor of either condemnation or concern.

Officially, U.S. State Department Spokesman Ned Price expressed hope that the new Israeli government would continue to uphold the two countries’ shared values of an “open, democratic society, including tolerance and respect for all in civil society, particularly for minority groups.” Some commentators and prominent Jewish leaders were not so sanguine.

Frankly, most Israeli voters don’t care about how American Jews or politicians feel about their political choices. Indeed, some American policies and demands may have pushed voters towards the right.

For example, the U.S. dalliance with Iran is considered a threat to Israel. The administration, progressive Democrats and J Street still push for diplomacy with Iran and the restoration of the JCPOA—the 2015 Iran nuclear deal. Benjamin Netanyahu has earned his reputation as a staunch opponent of the ayatollahs.

The Israeli press often sensationalizes the political situation in the U.S. and suggests that Congress is full of Democrats hostile to Israel, making Israelis more amenable to right-wing politicians who pledge to stand up to American pressure.

Moreover, the Biden administration’s rush to conclude the Lebanon-Hezbollah-Israel maritime border dispute on the eve of Israel’s election, followed by the resignation of Lebanon’s President Michel Aoun, smells of a fix. The Lapid government did not take the agreement to a Knesset vote, and Israelis do not trust what’s left of Lebanon’s government or Hezbollah.

Few Israelis feel protected by the American security guarantees underpinning the maritime accords. But, of course, J Street said, “This agreement is a great example of the kind of proactive, engaged diplomatic role that the United States can and should play in the region—putting forward its own concrete proposals to help build common ground toward resolution of complex matters … between parties.”

This shouldn’t be surprising, given J Street’s 2022 legislative agenda, which includes lobbying for “$225 million in Economic Support Funds (ESF) for assistance to the West Bank and Gaza,” more funding for UNRWA, a U.S. government investigation into the death of an elderly Palestinian and State Department intervention “in order to immediately halt potential demolitions in the East Jerusalem village of al-Walaja.” 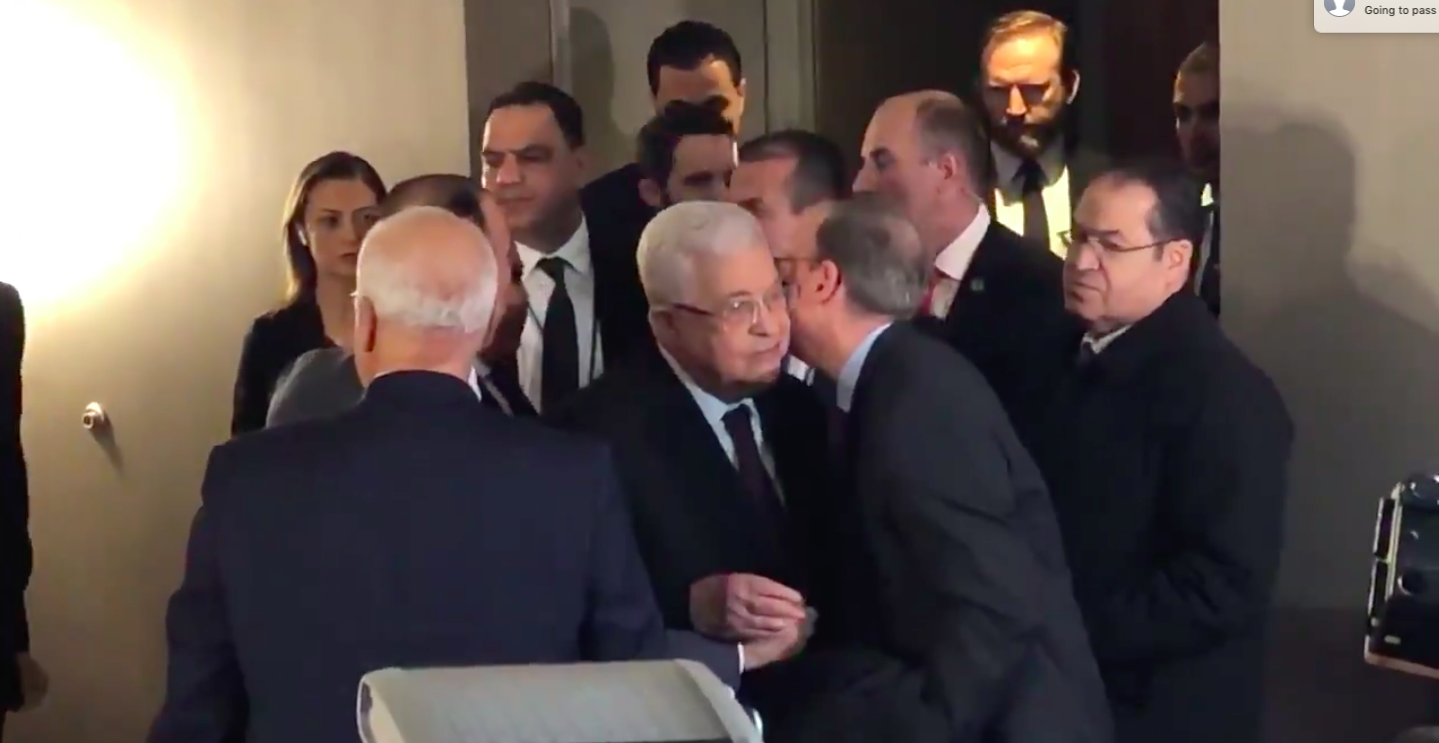 The Biden administration also restored funding to the P.A. and UNRWA despite Palestinian terrorism and incitement. They did so partially at the urging of left-wing American Jewish organizations. Little, if anything, has been done to halt the P.A.’s murderous “pay to slay” policy. U.S. spokespersons make “even-handed” judgments on any issue in Judea and Samaria, even when Palestinians violate the Oslo Accords’ conditions, such as building in Israeli-controlled Area C. To Israelis, American concerns about terrorist attacks against Israeli citizens are tame compared to official U.S. reactions to the deaths, even accidental, of Palestinian individuals such as journalist Shireen Abu Akleh.

Furthermore, the ultra-Orthodox parties, who will be pillars of the new Netanyahu government, consider some of American Jewry’s demands blasphemous, such as an egalitarian prayer area at the Western Wall or non-Orthodox conversions. The pride American Jewish liberals take in the fact that “the largest gay parade in the world” takes place in Tel Aviv is an abomination to them. Many who voted for the Religious Zionist party can be classified as “haredi-lite” and share those views.

Israel took a big step in the fight against “climate change” when it heavily taxed plastic disposable utensils, but while this measure may have been praised in the West, ultra-Orthodox Jews in Israel felt differently. They saw it as a painful and deliberate slap in the face from Finance Minister Avigdor Lieberman, long an opponent of theirs. Orthodox families are large, and Sabbath meals require many dishes and utensils. Few own expensive dishwashers—or even have room for the appliance—so effectively banning plastics puts a strain on them.

As for national-religious voters, they are part of the 21st century, but many aren’t ready to have their sons fighting in the same foxholes as female soldiers. There is little doubt that Israeli women taking on more of the defense burden gives pride to feminists in New York, Los Angeles and Israel’s own “left coast.” Still, it conflicts with the national-religious “Hesder” program, in which young men combine Torah studies with combat training and service.

Unlike previous Israeli government coalitions, the solid majority won by Likud, the Religious Zionists and the ultra-Orthodox parties means that Netanyahu will not be compelled to assemble a patchwork of competing political parties. Theoretically, he could invite other parties in, so as to create a heterogenous government. Still, the chances are not high, considering that many parties—and American Jewish groups—pushed an agenda of “anyone but Bibi.”

Lenny Ben-David served for 25 years in senior posts in AIPAC in Washington and Jerusalem. In 1997, he was appointed as Israel’s deputy chief of mission in the embassy in Washington, D.C., where he served until 2000 under three ambassadors and two prime ministers. He is the author of the book American Interests in the Holy Land Revealed in Early Photographs and editor of The Gaza War 2021: Hamas and Iran Attack Israel.