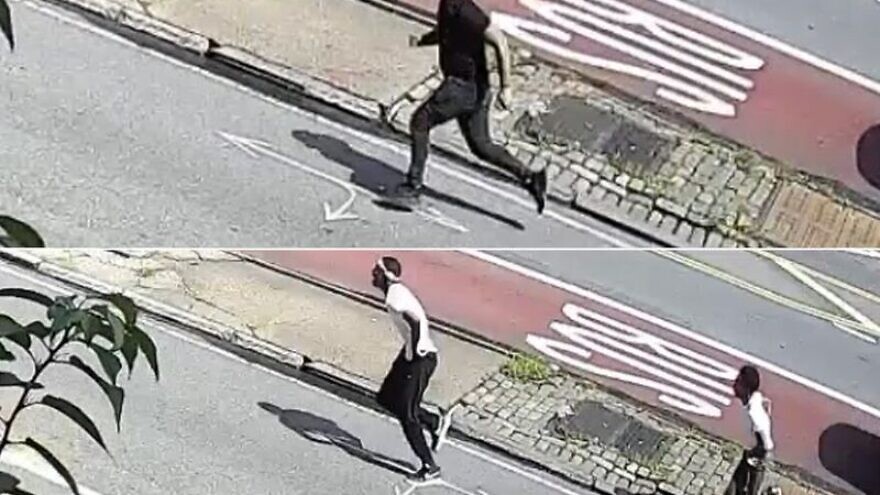 (July 24, 2020 / JNS) An Orthodox Jewish man was pummeled by three strangers earlier this month in Brooklyn, N.Y., in what appeared to be an anti-Semitic attack, according to authorities on Thursday.

The July 11 attack occurred as the 51-year-old victim was crossing Kings Highway in the Midwood section of the borough when a Hispanic man and two black men in a silver SUV reportedly rolled past, and one of the men in the car yelled “F****** Jew!” at the man, who flicked them off in response.

The driver of the car apparently pulled his vehicle over to a bus lane, and all three men got out and chased the victim. They reportedly punched him in the head before going back to their vehicle and driving away.

Surveillance footage of the three suspects was released on July 23 by the NYPD.

The suspects, whom the victim said he did not know, are believed to be between 20 and 30 years old. The victim was treated at New York Community Hospital for minor injuries.

The NYPD’s Hate Crimes Task Force is investigating the attack. No arrests have been made.