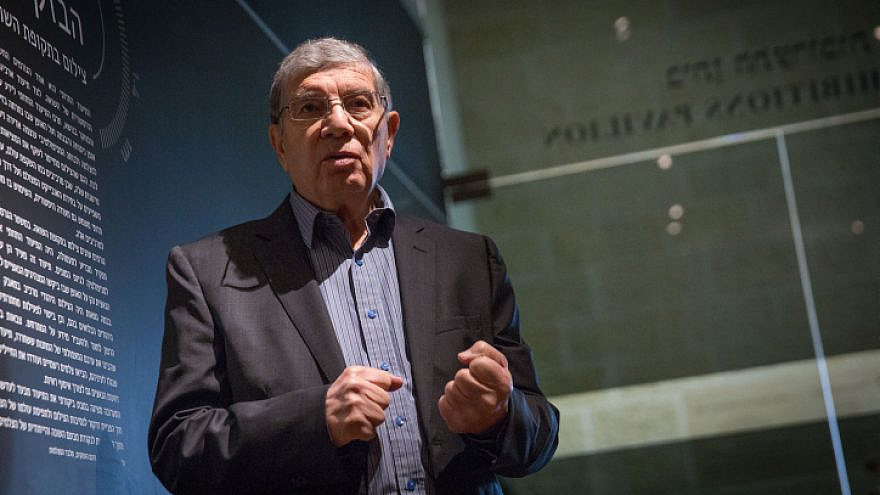 (December 17, 2020 / Israel Hayom) This past summer, Yad Vashem chairman Avner Shalev announced that he would be resigning after 27 years as head of Israel’s Holocaust memorial.

It was unlikely that Shalev, who transformed the institution from a commemorative site that attracted mainly Holocaust survivors into a world-class museum and research center, foresaw the controversy that would be set in motion over whom would be appointed his successor.

Eitam’s comments in 2006 about “expelling Arabs from Judea and Samaria” were mentioned in letters from researchers at Yad Vashem itself, such as Professor Yehuda Bauer and Professor Hezi Dreyfuss. Meanwhile, the right largely sees Eitam as a fitting appointment and opposition to his taking over Shalev’s role as political.

In an interview with Israel Hayom, Shalev said that despite his many years in the role, no government official consulted with him about whom he thought should be appointed head of Yad Vashem. However, Shalev said, he has met with Eitam.

“I will work with open arms with any candidate the government approves. So will all the staff at Yad Vashem, as I know them. Even if there are some who have reservations, they will work with him out of immense loyalty to the institution,” said Shalev.

Shalev dismissed the prospect of a “revolt” by researchers if Eitam were appointed: “I haven’t heard any rumors or scenarios like that. Yad Vashem is made up of devoted professionals who see their work as a mission.”

Shalev also discussed some of what occurred behind the scenes of last year’s political storm over a controversial law that the Polish government passed making it illegal to cast the Poles as perpetrators of the Holocaust in their country. The controversy ended with a joint statement by the governments of Israel and Poland decreeing the terms “Polish concentration camp” or “Polish death camp” to be “completely erroneous.”

Shalev said that as far as Yad Vashem is concerned, the institution adhered to a document it issued declaring that the agreement between Israel and Poland included certain details that “contradicted existing historical knowledge.”

“The Poles are sticking to the agreement between the two governments and saying that they do not recognize anything else, but we are sticking to our own position paper,” he declared.

Shalev also said that the COVID-19 pandemic had dealt a serious blow to Yad Vashem, mainly because of a lack of donations from abroad.

“One huge donor told me, ‘I just fired 10,000 people—I can’t send you money,'” said Shalev, noting that in all his years as head of the institution, Yad Vashem had never had a budget deficit.

“Still, it’s unclear what will happen next year, since there still isn’t a state budget,” he notes.