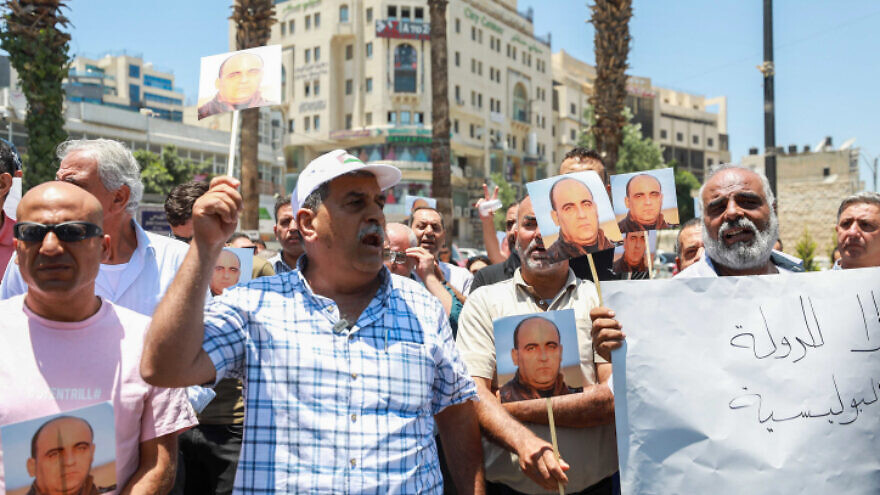 (December 15, 2022 / JNS) The family of activist Nizar Banat, who died in Palestinian police custody in June 2021, filed suit at the International Criminal Court on Thursday, holding top Palestinian officials responsible for his death.

“We demand justice for a man who was doing nothing but speaking the truth to power,” said Hakan Camuz, the family’s lawyer, according to AFP.

Banat’s family decided to take the matter to the ICC after 14 members of the Palestinian security forces arrested in connection with the case were set free on bail, pending a military trial, according to the report.

Banat, a prominent critic of the Mahmoud Abbas-led Palestinian Authority, died shortly after being arrested by Palestinian security forces in his home in Hebron on June 24, 2021.

According to family members, security forces entered his home with a warrant at around 3:30 a.m., and began beating him while he was still in bed. He was then dragged away, bleeding heavily.

At 6:00 a.m., Palestinian authorities announced in a statement: “Following an arrest summons for Nizar Khalil Muhammad Banat at dawn today, security forces arrested him, during which his health deteriorated, and he was immediately transferred to Hebron government hospital for examination, where it was found that he had passed away.”

Banat’s death led to weeks-long protests against the P.A. Protesters chanted for the “overthrow of the regime.”

The Palestinian press also strongly criticized Fatah’s handling of the Banat incident and the conduct of the movement’s officials.