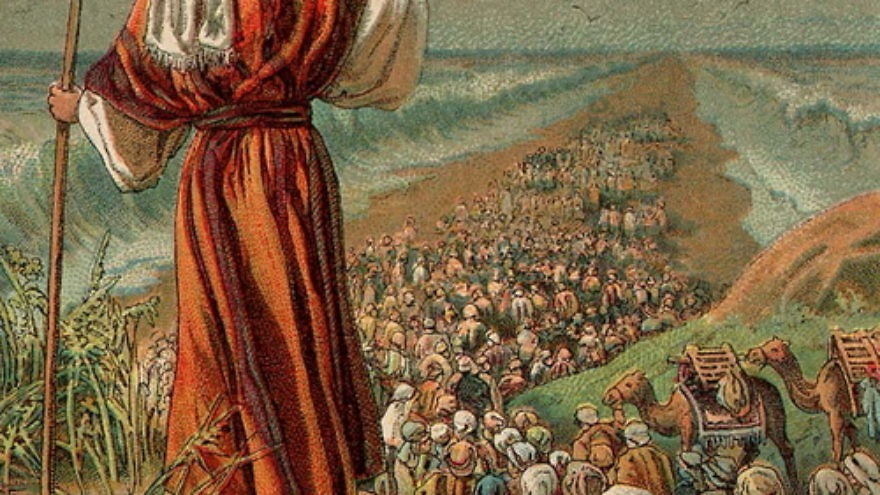 Passover is the holiday of freedom. A person or a society are free when they are on their own, not subject to any other authority. But the meaning of freedom can be grasped in different and even contradictory ways.

From slavery to slavery: Passover as a redemption feast

The word freedom is not mentioned in the bible. The Exodus from Egypt is the redemption of the people by God. The word redemption means returning of property to its original owner. From this point of view, the Egypt redemption may be regarded as exiting from one slavery and entering into another: The people of Israel cease to be Pharaoh’s slaves and turn into God’s slaves. But this slavery is totally different.

While Pharaoh is a tyrannical king who uses his slaves for his own benefit, God reveals himself in order to give his people laws for their own benefit. People who never heard about God will declare, in Deuteronomy 4:6, “Only this great nation is a wise and understanding people.” The celebration of Passover was a ritual of thanksgiving, an offering to God for our redemption.

Freedom as a struggle for national liberation

Shlomo Pines in a classic essay writes about the history of the concept of freedom. He notes that toward the end of the Second Temple era and after its destruction, the rebels charged the concept with a new and revolutionary meaning. They turned the Greco-Roman term “freedom” (which usually indicated a civil-political status) into the slogan of the liberation from a tyrannical occupation. While the nation was subjugated and inferior, the Passover holiday turned into a celebration of freedom.

The seder night: imitation or protest?

After the Temple’s destruction, our sages reshaped the celebration of freedom from slavery into the ritual we know and keep today, adding yet another revolutionary meaning to the concept of freedom. They created the seder night in the form of a Greco-Roman symposium, a gathering of friends and a status symbol of free citizens, who celebrate their wealth by drinking, singing, and conversing.

But when examining the seder’s structure, we see that it is not an, but a subversive demonstration against Roman culture, a spectacular show of an original, innovative Jewish ethos.

Unlike the Roman symposium, the Jewish freedom celebration does not emphasize class differences but eliminates them. There are no slaves that have to serve free people. Everyone is reclining around the table; the whole family takes part, not only adult males. Emphasis is placed on the children’s education. Contrary to carefully choosing the guests (and being part of a closed group that partook in the Passover offering at the Temple), the seder is opened to all: The doors are opened at the beginning, and consequently, hearts open as well.

Unlike in other feasts, leavened breads are not served, the seder is all about the poverty bread, maror (bitter herbs), and remembering the slavery in Egypt. Even the sweet and tasty charoset is connected in our collective memory to the mortar the people of Israel worked with while being slaves in Egypt.

The “maggid” is the center of the symposium. The maggid begins his recount, not with cheers and blasts, but with the poverty bread, matzah, and maror. He starts with defamation, and the haggadah provides three meanings to this. The first to be defamed is Laban and all our other foes who wished to eliminate us. The defamation emphasizes the difference between the people of Israel and its enemies.

Rav and Shmuel, the two foremost teaches belonging to the first generation of Amoraim in Babylon, thought that the defamation was meant inwardly, not outwardly. Shmuel says we open the haggadah with our own faulty lineage. We remember that we turned into a nation while being enslaved. Celebrating freedom this way brings to our minds the command: “The stranger who sojourns with you shall be as a native from among you, and you shall love him as yourself; for you were strangers in the land of Egypt.”

Rav takes this even further: It’s not physical slavery that the haggadah is defaming, but mental slavery, which had been there for generations prior to Egypt. “In the beginning, our fathers served idols.” Rav starts the freedom celebration with this strong anti-racist declaration. We are not only the children of Israel, but also the children of Terah—Avraham’s father, who worshipped idols. On our freedom celebration, we will remember our ancestors, who were mentally enslaved to idolatry. With this declaration, every person who shares the spiritual belief of our patriarchs—Avraham, Yitzhak, and Yisrael—is welcome to celebrate his freedom.

The seder night contains all the accumulated meanings of freedom. Passover is celebrated as a religious holiday that marks the Israelites’ redemption from slavery by God. Upon this base, the nationalistic layer that wishes to celebrate freedom in a homeland, Israel, is built. On top, the moral freedom that relates to responsibility and solidarity among all the elements of society is placed. The seder night is not an imitation, but three original and bold interpretations of freedom that Judaism gave to the world: religious freedom, national freedom, and moral freedom.

Dr. Shraga Bar-On is a research fellow, lecturer, and educator at the Jerusalem-based Shalom Hartman Institute.