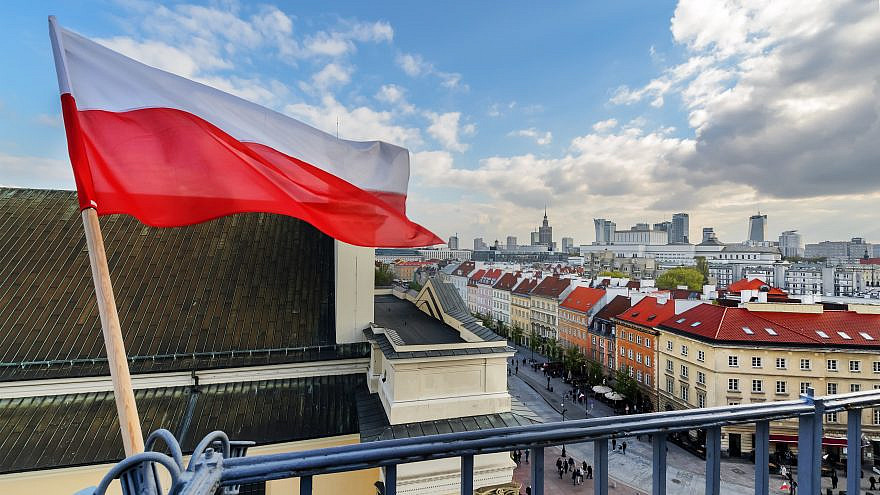 (August 16, 2021 / JNS) A Polish appellate court threw out a February ruling against two Holocaust scholars that said they needed to retract their research, claiming it defamed a Polish man by saying he was complicit in the murder of Jews during the Holocaust.

The appellate court ruling comes days after Poland passed a new law that sets a 30-year limit on restitution claims for property stolen by the Nazis during World War II and then seized by the Communist regime, which has led to a row between Israel and Poland.

In a joint statement on Monday, the co-authors of Night Without End: The Fate of Jews in Selected Counties of Occupied Poland Jan Grabowski and Barbara Engelking said: “We greet the verdict with great joy and satisfaction all the more that this decision has a direct impact on all Polish scholars, and especially, on historians of the Holocaust.”

The Warsaw District Court had previously ruled that Grabowski, a professor of history at the University of Ottawa in Canada, and Engelking, director of the Research Centre for the Extermination of Jews, had to issue a retraction of their work and apologize to the niece of Edward Malinowski, who was briefly mentioned in their book as being complicit in the murdering Jews during the Holocaust.

Many feared that ruling would limit research on the role of Poles during the Holocaust.

According to The Associated Press, Malinowski’s niece plans to appeal the decision to the Polish supreme court.