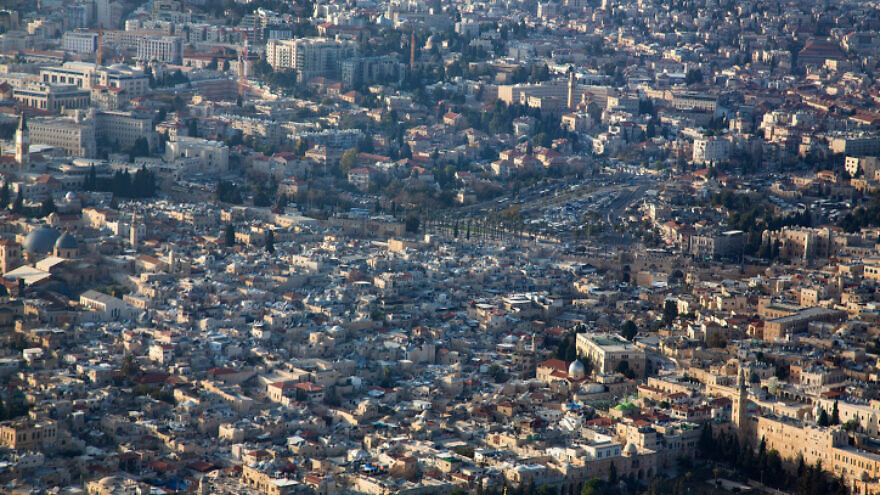 (May 11, 2020 / Israel Hayom) According to a new study by the Washington Institute for Near East Policy, there has been a dramatic shift in the political preferences of eastern Jerusalem residents over the past few years.

According to the survey, which was carried out in conjunction with Palestinian pollsters, only about 15 percent of respondents in a recent poll said they prefer Israeli citizenship over Palestinian citizenship, compared to 52 percent who said they would rather be “Israeli” and not “Palestinian” when questioned on the matter in polls conducted between 2010 and 2015.

The survey was carried out under the directorship and supervision of Dr. David Pollock throughout 2018-2019 and in the first two months of 2020, and the results were presented during an online event sponsored by the Jerusalem Institute for Policy Research, which helped Pollock during his time and work in Israel. Pollock has surveyed the views of eastern Jerusalem Arabs since 2010.

Over the weekend, Pollock explained that between 2010 and 2015, many residents of eastern Jerusalem preferred Israeli citizenship for practical reasons, irrespective of self-identity or ideology.

“They wanted more comfortable access to work, education, health-care, welfare and social services,” said Pollock, “and even to the sea.”

However, he said, “in the past five years, there has been a dramatic change, which I, as a veteran pollster, have never seen anything like. All of a sudden support dropped [to] 15 percent [from] 52 percent, and only a small minority of east Jerusalem residents now say in polls that if they had the choice, they would choose Israeli citizenship.”

When asked to explain the reason for this, Pollock said there were several answers, “which the Palestinians themselves provide.”

The first answer, he said, was the so-called “knife intifada” that began in October 2015 and persisted for a year-and-a-half. “The harsh Israeli response was experienced by the Palestinians from a nationalistic perspective,” said Pollock.

The second answer, he said, was the  tensions surrounding the Al-Aqsa Mosque on the Temple Mount. “Many Palestinians in east Jerusalem and in the West Bank believe Israel indeed poses a threat to Al-Aqsa,” he said.

The third factor, according to Pollock, is the “increased anti-Israel activity in east Jerusalem on the part of the Palestinian Authority, the northern branch of the Islamic Movement, Turkey and other elements. The fact that 150,000 residents of east Jerusalem currently live ‘beyond the security barrier’—impeding their access to Israeli services—also influences the sharp change in their positions.”

Most Palestinians still believe Israel is an illegitimate state and yearn for control over all of “‘historic Palestine,” said Pollock, but “are realistic enough to tell pollsters this is ‘a dream’ and that ‘Israel is here to stay.'”

The polls conducted by the Washington Institute over the past decade in eastern Jerusalem, the West Bank and Gaza have garnered considerable interest from the Palestinians, Americans and Israelis, who have all consulted with Pollock about their findings.

Pollock also asked Palestinians why, based on their views of Israel, they aren’t pursuing another intifada. Their answers made it clear that they fear a tough Israeli response, and also lack confidence in their leaders to secure anything of benefit for them as an outcome.

“For now they care more about their day-to-day lives—income, health, education, family,” said Pollock, who believes future solutions pertaining to eastern Jerusalem must also account for the views, feelings and sensitivities of its residents.