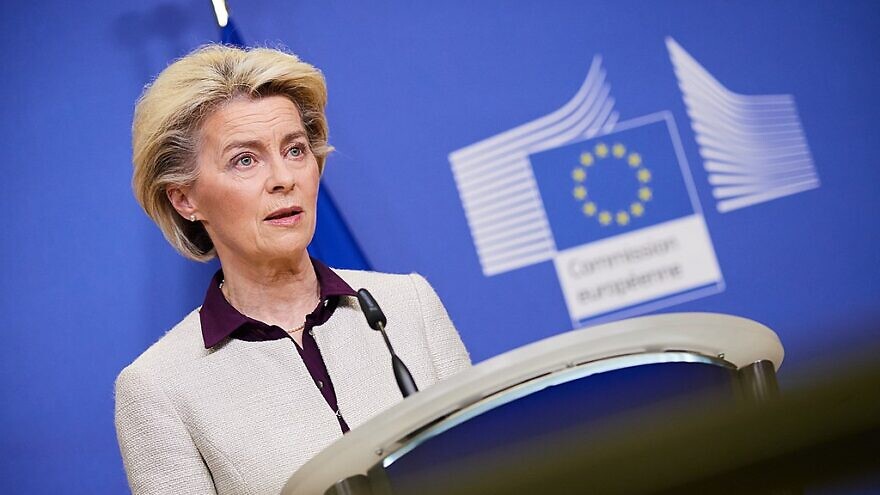 (June 13, 2022 / JNS) European Commission President Ursula von der Leyen and Italian Prime Minister Mario Draghi traveled to Israel on Monday as the European Union seeks to end its dependence on Russian fossil fuel imports, according to a report by AFP.

“Both leaders were due to hold energy talks in Israel, which has turned from a natural gas importer into an exporter in recent years because of major offshore finds,” the report said.

Von der Leyen is scheduled to meet with Israeli Prime Minister Naftali Bennett and Foreign Minister Yair Lapid on Tuesday, with talks to be focused “in particular on energy cooperation,” the European Commission said in a statement.

The Italian prime minister is on his first Middle East trip since taking office last year, and he too is expected to discuss energy and food security during his two-day visit, according to AFP.

Meanwhile, the Ben-Gurion University of the Negev will bestow on von der Leyen an honorary doctorate during her visit.

“The university is honoring President von der Leyen for her statesmanship, her contributions to Germany’s security and social justice and her efforts on behalf of women and children, her fight against anti-Semitism and her commitment to enhancing ties with the State of Israel,” the University said in a statement.