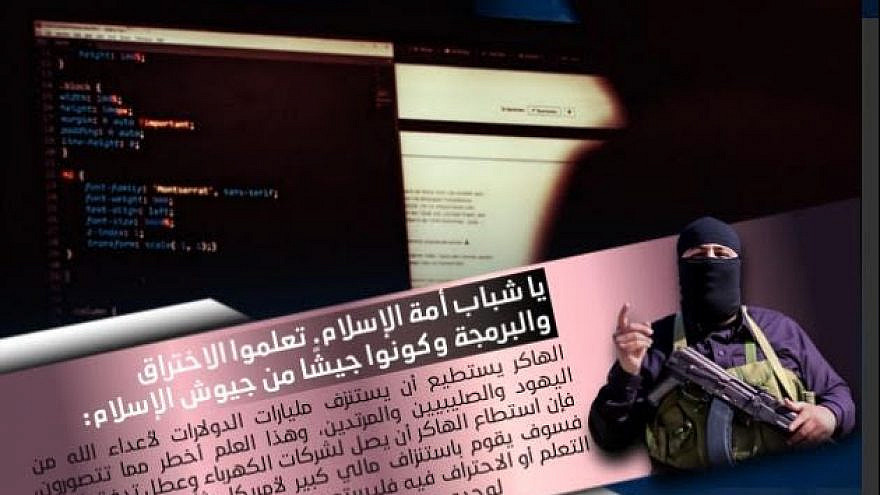 (December 29, 2020 / MEMRI) The pro-Islamic State (ISIS) Al-Taqwa Media Foundation has released a poster urging Muslim youth to study computer programming and join the cyber war against the “enemies of Allah,” according to a new report by the Middle East Media Research Institute’s Jihad and Terrorism Threat Monitor (MEMRI JTTM).

According to the MEMRI report, shared exclusively with JNS, the poster shows a masked, armed fighter and features the Arabic text: “Oh youth of the Islamic ummah: study hacking and programming. Become an army among the armies of Islam.”

The message further notes that “hackers can cost the enemies of Allah, Jews, Crusaders and apostates, billions of dollars. This [computer] science is more dangerous than you can imagine.”

“If a hacker manages to infiltrate [the computer systems] of electric companies or obstruct water supplies, for example, he will then greatly exhaust America financially,” states the poster.

“Those who can learn [to hack] and become professionals in [this field] should ask Allah for help and rely on Him. Such a person can be an army unto himself that is equal to hundreds of improvised explosive devices,” it concludes.