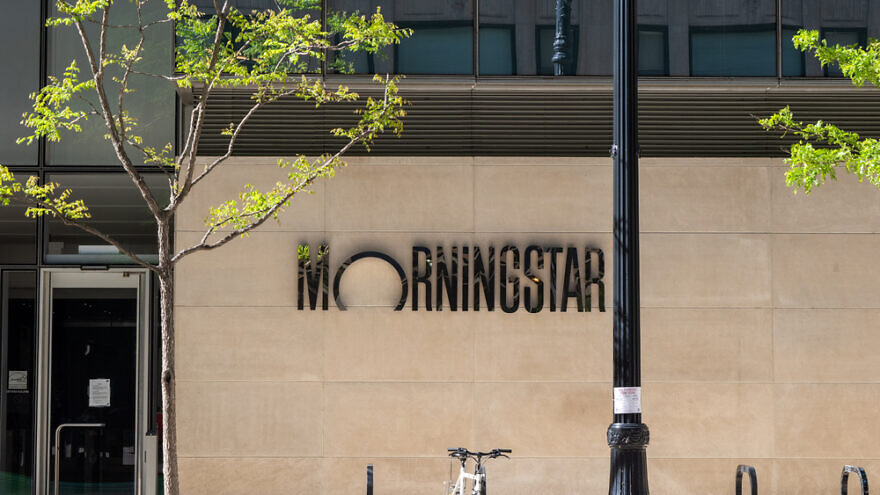 (August 10, 2022 / JNS) Following last week’s Reuters report that Missouri’s attorney general opened an investigation into the practices of the Chicago-based investment research firm Morningstar and its subsidiary, Sustainalytics, multiple sources told JNS that Missouri is far from the only one looking into the issue.

Officials from agencies in multiple states have had conversations concerning Morningstar’s anti-Israel bias in its investment ratings in recent weeks, JNS has learned.

“There have been meetings with all kinds of state officials: governors’ representatives, attorney general representatives, treasurers’ representatives,” Elan Carr, a member of the Combat Anti-Semitism Movement’s advisory council, told JNS. “States need to know that this is nothing other than BDS dressed up as social-justice investing.”

Carr, a former U.S. State Department Special Envoy on Monitoring and Combating Anti-Semitism, said he and others have briefed state officials about the practices of Morningstar and Sustainalytics, and the potential that they violate various states’ anti-BDS laws. Carr, referred to Sustainalytics’ practices as “backdoor BDS,” and said the task force is “laser-focused” on the Morningstar controversy. He noted that a wide swath of Jewish American organizations from both the center-left and center-right are in consensus on the issue.

“We believe that BDS through the guise of ESG (environmental, social and corporate governance) investing is extremely dangerous for Israel. The Morningstar/Sustainalytics model is especially egregious, replete with biased sources and fundamentally anti-Israel assumptions. They lead to terribly biased reviews of Israel and anyone conducting business in Judea, Samaria or Jerusalem,” said Carr. “We regard this as nothing other than a manifestation of the BDS movement.”

Carr participated in the briefings on behalf of a BDS task force convened and organized by the Conference of Presidents of Major American Jewish Organizations. The task force has not yet met with representatives from Missouri. Carr cited privacy reasons for not disclosing which states and agencies have taken meetings with his group but said that they each have laws that call for divestment from organizations boycotting Israel, and laws barring state contracts with Israel boycotters.

A separate source with knowledge of the Morningstar controversy indicated to JNS that Florida, Texas and Arizona are among the likely states considering action on the issue.

The source also indicated that Christians United for Israel (CUFI) is among the groups involved in meetings with state officials. In response to a query, CUFI Action Fund chairwoman Sandra Parker told JNS: “While we do not discuss our private conversations with state officials, Missouri’s investigation is just the beginning. We expect additional state and federal leaders will examine the systemic anti-Israel bias that has infected Morningstar’s ESG ratings.”

Parker added that “Morningstar’s repeated efforts to deploy prototypical crisis communications strategies, in hopes this issue will go away, have failed. We hope that Morningstar will now earnestly and seriously address the anti-Israel biases plaguing Sustainalytics.” 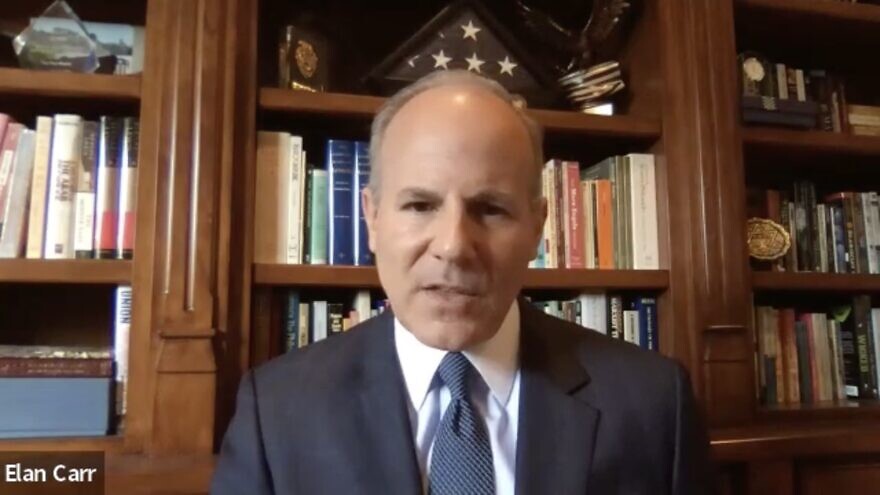 ‘Very willing and eager to engage’

Morningstar and Sustainalytics have come under fire for the latter’s extensive use and weighing of anti-Israel sources in its system to rate investment risk for companies concerned with social issues. Morningstar hired the outside law firm White & Case to investigate its practices and released a list of 40 recommendations the company said it would implement to root out any potential bias.

Critics charge the measures are superficial.

The Illinois Investment Policy Board, which had explored the possibility of divesting its pension funds of Morningstar stock, held a vote to close its investigation into Morningstar following the company’s pledge to execute the White & Case’s recommendations. However, the head of the IIPB’s subcommittee on Israel has expressed his strong disagreement with any decision to close the investigation.

In response to a query from JNS about the recent meetings between pro-Israel organizations and various state officials, Morningstar said in a statement that it “does not support the anti-Israel BDS movement,” adding, “We are engaging with major Jewish organizations to address their concerns and look forward to continuing those discussions.”

Carr credited Morningstar officials for engaging in a continued dialogue with critics and is “cautiously optimistic” about a resolution, saying the company is “very willing and eager to engage.”

Carr pointed to the ongoing controversy with Unilever, the British conglomerate that owns the popular ice-cream company Ben & Jerry’s. Unilever has lost hundreds of millions of dollars in investments from states with anti-BDS laws after the ice-cream maker announced it was freezing sales to Judea and Samaria, and eastern Jerusalem, which the company called “Occupied Palestinian Territory.” Unilever had insisted for months that its hands were tied due to contractual commitments to Ben & Jerry’s, before selling off its operations to the local Israel-based franchisee which had sued the company.

“It’s amazing that it turns out that there was something Unilever could do. And there’s a lot that Morningstar can do,” said Carr. “Morningstar knows it controls the levers, and it can turn this thing on and turn this thing off without any problem.”