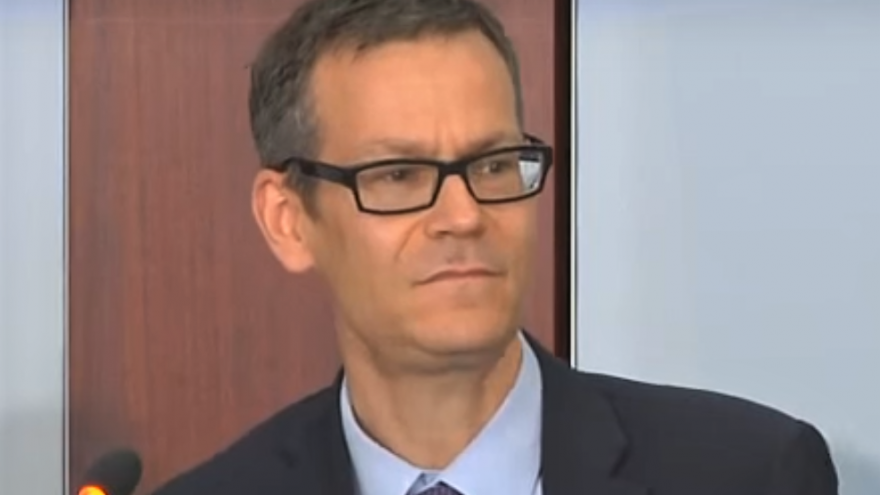 (March 15, 2021 / JNS) Prominent pro-Israel groups are urging the Senate to reject the nomination of Colin Kahl to serve as the top policy official at the Pentagon.

“Kahl is a serial Iran appeaser with close ties to Tehran’s allies in the United States. He helped advance the disastrous Iran nuclear accord and has even claimed that Iran has a right to enrich uranium, despite the Islamic Republic’s infamous status as the world’s leading sponsor of terror,” said Christians United for Israel last week. “As recent events show, appeasing Iran only emboldens Tehran. Kahl’s approach to Iran would only encourage the Islamic Republic’s worst instincts.”

“It is vital that Americans stand up and ensure their voice is heard. While we generally respect the president’s right to nominate who he sees fit, Colin Kahl’s nomination is beyond the pale. His views are so far outside the mainstream, he’s even criticized Israel’s 1981 decision to destroy Iraq’s Osirak nuclear reactor. The Senate was empowered to advise and consent to presidential nominations for the purpose of ensuring people like Kahl do not wield positions of power,” said CUFI founder and chairman Pastor John Hagee.

Kahl, who worked at the Pentagon in the 2000s during the George W. Bush administration and under former Secretary Defense Robert Gates in the Obama administration from 2014 to 2017, is being considered for Undersecretary of Defense for Policy.

This week, CUFI launched a series of full-page ads in a half-dozen newspapers across West Virginia to urge residents to contact Democrat Sen. Joe Manchin, a critical swing vote in the Senate, and tell him to oppose the nomination.

The Zionist Organization of America has also come out against Kahl’s nomination, arguing that his “record of advocating pro-Iranian regime positions; opposition to Iran sanctions; close relationships with Iranian regime promoters; involvement in negotiating the disastrous Iran deal; anti-Israel positions; disrespectful, incendiary hyperpartisan comments leveled against Senators [Bob] Menendez [D-N.J.] and [Mitt] Romney [R-Utah] and groups of Republicans; and propagation of anti-Semitic conspiracy theories” make him unqualified for the job.

Separately, Kahl is facing scrutiny over past tweets directed towards Republicans, as seen in their grilling on Thursday at his confirmation hearing.

He later apologized for using “sometimes disrespectful” language in tweets criticizing defense-policy decisions made by the former administration. Republican censure of past tweets comes after the White House withdrew the nomination of Neera Tandon to lead the Office of Management and Budget over her controversial social-media tweets of Democrats and Republicans.