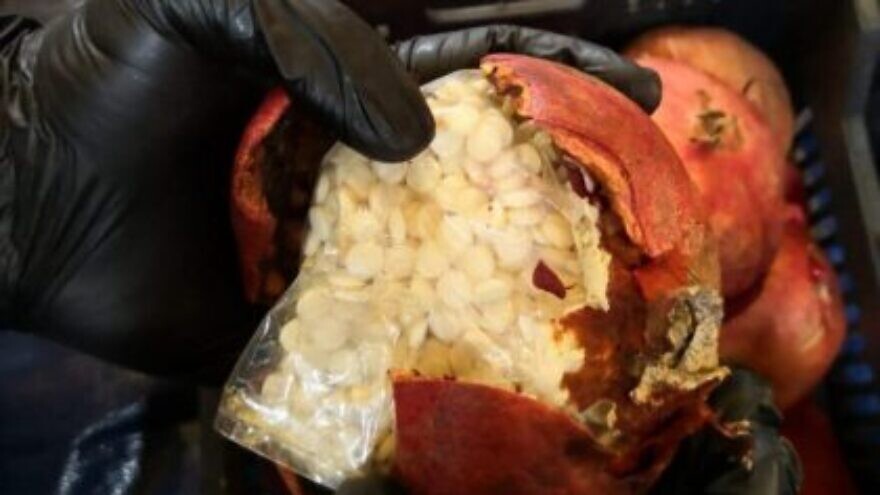 (May 31, 2022 / Israel Hayom) The Hezbollah terrorist organization is smuggling narcotics from Syria to Europe with the help of the Assad regime, pro-Saudi news channel Al-Hadath reported on Monday.

Sources told Al-Hadath that four main factories are producing Captagon, which is one of several brand names for the drug compound fenethylline hydrochloride. A stimulant with addictive properties, it is used recreationally across the Middle East and is sometimes called “poor man’s cocaine.” It is also used by armed groups and regular forces in battle situations, where it is seen as having properties that “enhance courage and bravado.”

The drug, which has been touted by media as “The Amphetamine Fueling Syria’s War” or “The Jihadists’ Drug,” gained notoriety in the mid-2010s for its use and trade by Islamic State fighters.

According to the Al-Hadath report, Hezbollah operatives oversee one of the narcotics production facilities, located in Al-Bassah, south of the port city of Latakia, together with Samer Kamal Assad, an influential cousin of Syrian President Bashar Assad. Another cousin, Wassim Assad, is reportedly involved in smuggling the drug from Latakia to Europe.

A carton-packaging factory in the Sheikh Najjar area, northeast of Aleppo, is directed by Hezbollah operatives together with businessman Abdul Latif Hamida, who in the past has been suspected of involvement in smuggling drugs into Italy. The Al-Qaterji facility, also located in Aleppo, is named after a close Assad confidante.

According to information published by The New York Times, the Captagon factories feature “closed military zone” signs and are protected by soldiers.

Among the most-known smuggling routes are the Syrian-Lebanese borders through Western Qalamun, Zabadani and Madaya in Rif Dimashq, and Al-Qusayr in Homs countryside, all of which are under the control of Hezbollah.

A week ago, Jordanian officials said pro-Iranian Syrian army units and militias loyal to Tehran were stepping up attempts to smuggle hundreds of millions of dollars’ worth of Captagon across the Jordanian border to wealthy Gulf markets.

The Jordanian army said it was bracing for an escalation in confrontations with armed smugglers trying to drop large amounts of drugs along the rugged border terrain with Syria.

“We are facing a war along the borders, a drugs war and led by organizations supported by foreign parties. These Iranian militias are the most dangerous because they target Jordan’s national security,” senior army spokesperson Colonel Mustafa Hiari told state-owned Al Mamlaka television. 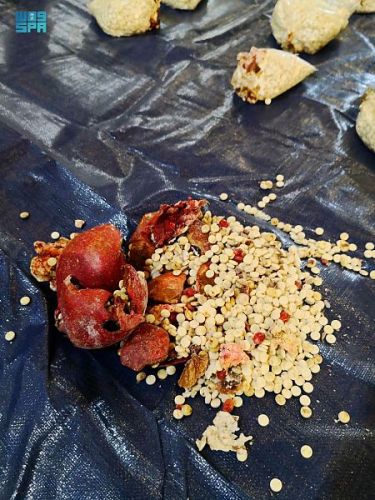 Saudi Customs in Jeddah Islamic Port foiled an attempt to smuggle 5.3 million pills of Captagon hidden in a consignment of pomegranates imported from Lebanon in April 2021. Credit: Saudi Press Agency.

Jordan said four smugglers were killed by the army on May 22, in an ongoing showdown along the border that left at least 40 infiltrators dead and hundreds injured since the start of the year, mostly nomads employed by Iran-linked militias who hold sway in southern Syria.

In northern Syria, there are two smuggling axes. The first is northwest of Aleppo, through Nubl and Zahraa, reaching Turkey, and the second is located northeast of Aleppo, from Dayr Hafir to Manbij, controlled by the Syrian Democratic Forces, all the way to the Kurdistan region of Iraq.

The Captagon industry and trade generate enormous amounts of money.

In 2020, according to the Center for Operational Analysis and Research, which focuses on Syria, Captagon exports from the country reached at least $3.46 billion.

“Syria is a narco-state with two primary drugs of concern: hashish and the amphetamine-type stimulant Captagon,” a COAR report said at the time. “Syria is the global epicenter of Captagon production, which is now more industrialized, adaptive, and technically sophisticated than ever.”