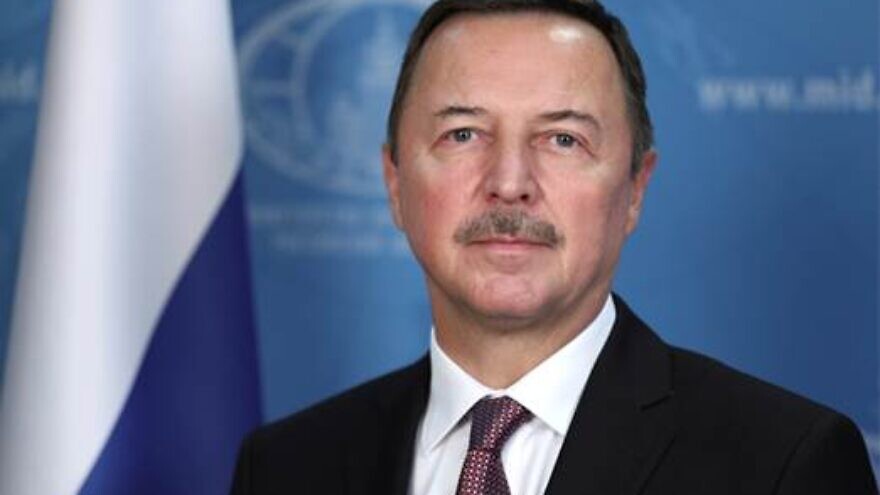 (November 7, 2021 / Israel Hayom) Russian Ambassador to Syria Alexander Yefimov on Thursday harshly criticized the recent string of alleged Israeli airstrikes in Syria, saying that they undermine joint Kremlin-Damascus efforts to stabilize the country, and even pose a threat to civilian air traffic.

His claims seem to contradict previous Israeli statements regarding ongoing security coordination and cooperation between Moscow and Jerusalem in the Syrian arena. As a reminder, following Israeli Prime Minister Naftali Bennett’s meeting last month with Russian President Vladimir Putin in Sochi, it was reported that the sides agreed that Israel could continue acting freely in Syria.

In an interview with Russian News Agency TASS, Yefimov noted that any talk about normalizing the situation in Syria would only be possible after the Bashar Assad regime can conduct full-fledged anti-terrorist activities throughout the country, without interference and obstacles from unfriendly external forces.

The Russian ambassador said that after the last terrorist strongholds were eliminated in the suburbs of Damascus in the summer of 2018, many aspects of life in the city had improved, but that it was too early to talk about completely returning to a peaceful existence.

“I have already explained, the terrorist threat has not disappeared, both for the country in general and specifically for Damascus. Let me remind you again about the major terrorist attack in the capital about two weeks ago,” added Yefimov.

When asked how he would gauge Syria’s current threat level and the chances of armed insurgents flowing into the country, Yefimov said, “unfortunately, it is really premature to say that terrorism in Syria has been completely defeated now. This problem is also not limited to the terrorist stronghold in Idlib. The source of the terrorist threat continues to be the Islamic State [group].”

He added: “Despite the fact that, by the joint efforts of the Russian Aerospace Forces and the Syrian army, the organized military potential of Islamic State was eliminated, its individual elements continue raids from the desert territories outside of Damascus’ control in the east of the country.”

According to Yefimov, the Syrian authorities generally manage to maintain an adequate level of security in Damascus, but from time to time, terrorists become noticeable. He recalled a deadly terrorist attack in the center of Damascus in late October.

“In other words, the terrorist threat remains real in Syria and it is too early to get complacent. To its credit, Syria does everything possible to prevent and combat terrorism. However, the Syrian government will be able to act more efficiently only by restoring its control over its entire national territory,” he said.