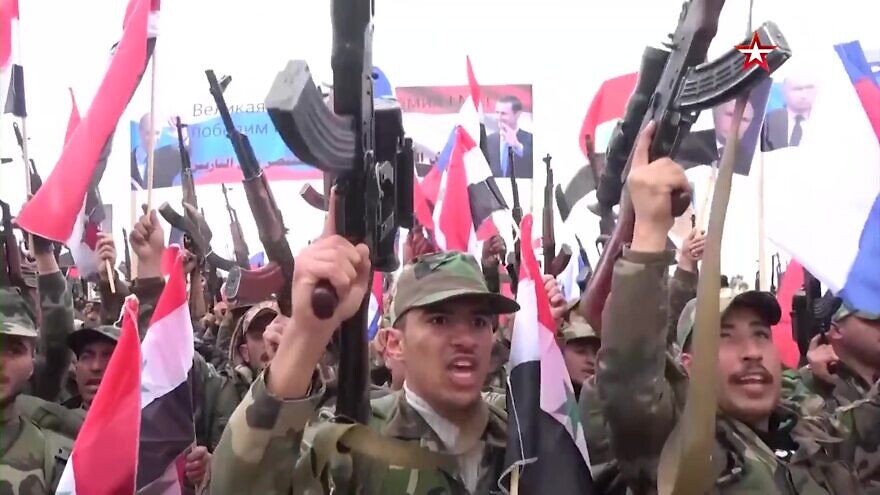 Syrian fighters who have volunteered to fight in Ukraine, according to official Russian media. (MEMRI)
Spread the word.
Help JNS grow!
Share now:

(March 15, 2022 / MEMRI) Russian state media reported over the weekend that Syrian fighters are volunteering to fight alongside Russian soldiers in Ukraine.

According to a report aired on Saturday by Zvezda TV, recruitment offices have been opened throughout Syria, and many Syrian soldiers and militia fighters have already volunteered. Zvezda TV is a state-owned media outlet run by the Russian Defense Ministry.

The two countries have an agreement allowing active-duty Syrian soldiers to fight in Ukraine, according to the report, which showed men being issued rifles, bulletproof vests and other equipment.

“Russian soldiers gave their blood for Syrian soil, and now it is time [for the Syrians] to help the brotherly [Russians],” said the reporter.

The report also showed a large crowd of uniformed and armed fighters holding pro-Russia and pro-Putin posters while chanting: “With our souls and our blood, we will redeem you, oh Bashar [Al-Assad]!”