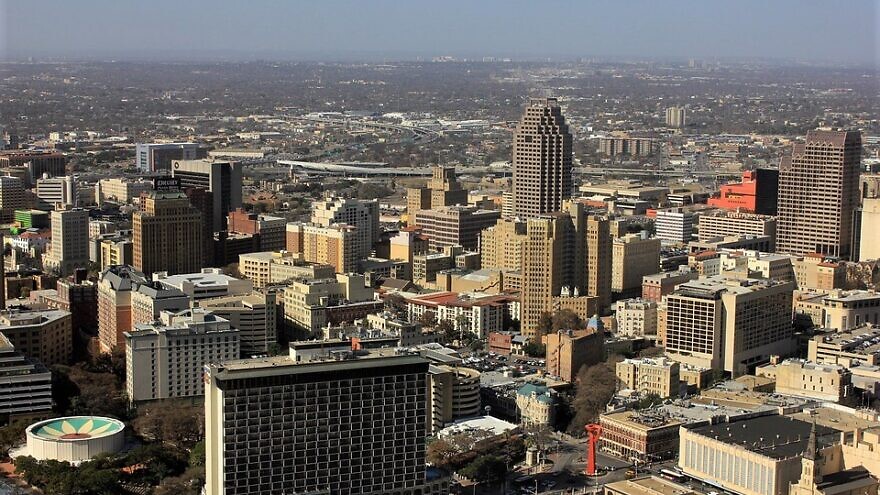 (July 11, 2022 / JNS) Synagogues and Jewish community centers in San Antonio, Texas, canceled gatherings and put their facilities on high alert on July 9 after receiving a warning from the FBI.

The organization cited a warning from the FBI cautioning about a “potential threat to an unconfirmed Jewish community facility” in the city.

Federation said it had conveyed the relevant information to community centers and synagogues in the area, and urged Jewish organizations not to engage with the media to prevent copycat attacks.

In response to the warning, Temple Beth-El San Antonio announced on Facebook that it was canceling its Shabbat services both online and offline. “We have received information from our experts that the safety situation for the Jewish synagogues in San Antonio today is not optimal for us to conduct our regularly scheduled Shabbat Services,” it said.

Jonathan Greenblatt, CEO and national director of the Anti-Defamation League, issued a statement following news of the FBI warning, noting that the organization was monitoring the threat and “working closely with the San Antonio Jewish Federation.”

“ADL has been in contact with federal, state and local law enforcement in Texas for more than 72 hours around a series of threats targeting a Texas synagogue,” he said. “In the past 24 hours, we received notice of a more specific and credible threat. We will continue to closely monitor and share relevant updates with all our Jewish communal partners.”

Hours later, Greenblatt confirmed in another statement that the suspect behind the threats was arrested.

“ADL is thankful to federal, state and local law enforcement for taking this threat to Texas Jewish communities seriously and working diligently to identify and apprehend the suspect,” he stated, adding that while the “immediate threat” subsided, Jewish communities must still remain vigilant.

The Jewish Federation of San Antonio also confirmed that the immediate threat had subsided in a new bulletin at 3:30 p.m., saying, “although we recommend staying vigilant and aware of your surroundings at all times, we’re pleased to share that the urgency of concern has been lowered.”