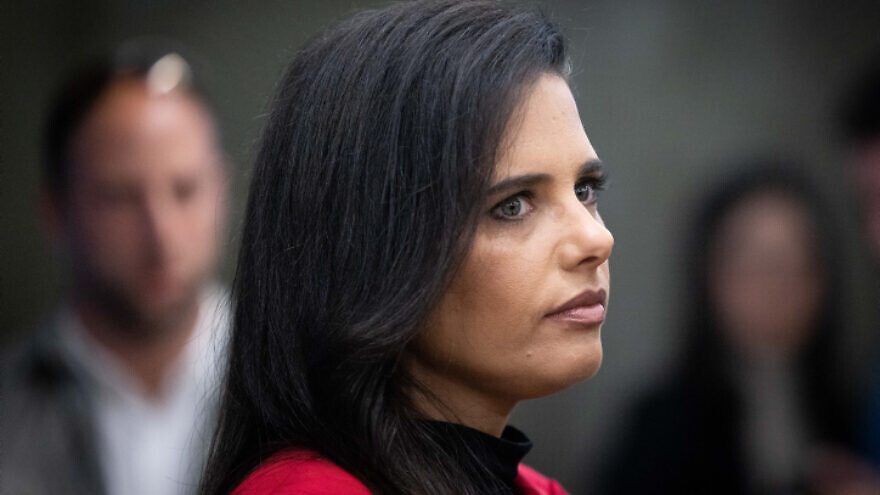 (May 17, 2022 / Israel Hayom) Interior Minister Ayelet Shaked (Yamina) on Sunday backtracked on her plan to propose a bill seeking to revoke the citizenship of Israeli citizens who commit terrorist acts.

Shaked retracted the proposed legislation, which is based on a bill once proposed by Knesset members Avi Dichter and Orit Strock, after Justice Ministry officials said it would not hold up in the High Court of Justice.

The bill stipulates that any Israeli citizen who participates in terrorist activity and receives monetary support from the Palestinian Authority will be stripped of citizenship. The purpose of the proposed legislation is to prevent the PA from paying Israeli citizens who perpetrate attacks.

Shaked has vowed on several occasions over the course of her tenure as head of the Interior Ministry to pass the bill into law. Officials in her circle, however, said the Justice Ministry had made it clear in recent preliminary discussions that the High Court of Justice would reject the bill as it is currently worded, and that the State Attorney has no intention of defending it once an appeal against it is submitted to the Supreme Court.

Instead of revoking citizenship, Shaked now intends to promote legislation that would revoke pension payments to Israelis who have been convicted of terrorist acts. A similar law exists and is already partially implemented. Shaked is also exploring the possibility of downgrading the citizenship status of convicted Israeli terrorists, although at this point the legislative process is awaiting a High Court ruling on the matter, which is expected within the next two months.

Strock, who is a member of the Religious Zionism Party, slammed Shaked for withdrawing the legislation, saying the “excuse of oppositionist jurists doesn’t hold water. The person who twice torpedoed the bill in the Knesset without once mentioning oppositionist jurists can’t now hide behind the ‘jurists.’ The reason this life-saving law isn’t being brought forth is the fact that this government is only surviving right now because of the mouth-to-mouth resuscitation it is receiving from the Ra’am Party and [MK] Ahmad Tibi. Everyone realizes this, even the terrorists, as well as their victims. It’s sad, concerning, and disgraceful.”