(April 25, 2022 / JNS) The Israel Security Agency (Shin Bet) announced on Monday that it broke up an attempt by a “Palestinian Islamic Jihad cell in Gaza to set up a terror infrastructure in Judea and Samaria in order to conduct attacks on Israeli civilians.”

In an investigation that spanned several months, the Shin Bet and Israel Defense Forces arrested seven Palestinians from Jenin and surrounding villages that security forces say were recruited by PIJ elements in the Gaza Strip into a terror cell.

During questioning, it emerged that the terror suspects were recruited on social media by a resident of Rafah in Gaza, named by the Shin Bet as Ahmad Nabil Ahmed Judeh, a person described as “a PIJ operative who deals in the recruitment of youths in the field.”

Those arrested include Yasmin Sha’aban, 40, a resident of the village of Jalameh near Jenin, who in the past served a prison sentence for her role in planning a suicide bombing that was directed by terrorists in Gaza.

“The investigation revealed that Sha’aban worked to mediate between Ahmed Judeh, the Gaza Strip resident, and members of terror cells in Judea and Samaria, assisting them through the transfer of funds, weapons and ammunition,” said the Shin Bet. Her arrest and subsequent questioning formed a key aspect of the Shin Bet’s ability to decipher the case, said the agency. 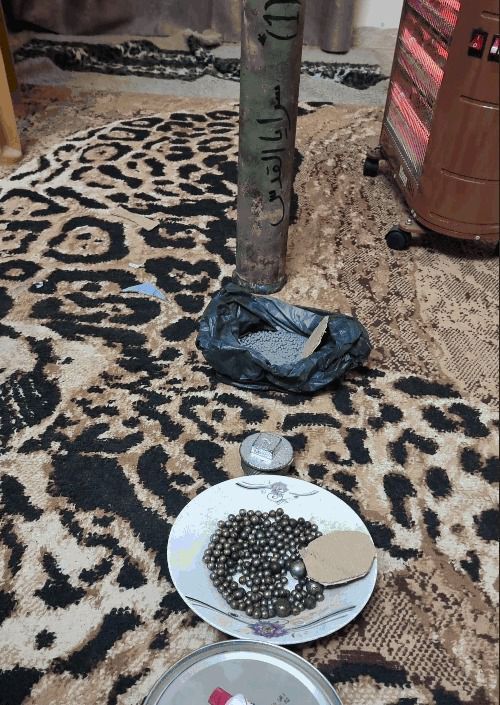 Another member of the alleged cell—named by the Shin Bet as Muhammad Yassin, from the village of Deir Abu Dai’f near Jenin—received bomb-making instructions from Gaza together with other cell members. They produced a “quality explosive device” that resembled a rocket, with which the would-be terrorists planned to conduct an attack against Israeli farmers in the area, stated the Shin Bet.

The agency released photos and video footage of a controlled explosion neutralizing the device outdoors.

Six members of the cell were charged at the Samaria Military Court in recent days with severe security offenses.

“In recent years, we have identified nonstop efforts by all of the terror organizations in Gaza to create orchestration channels and exploit Palestinian residents of Judea and Samaria to advance terrorist activity,” said the Shin Bet. “These are systematic, broad activities that the organizations are pushing forward, including Palestinian Islamic Jihad, to undermine stability in the whole of the area.”