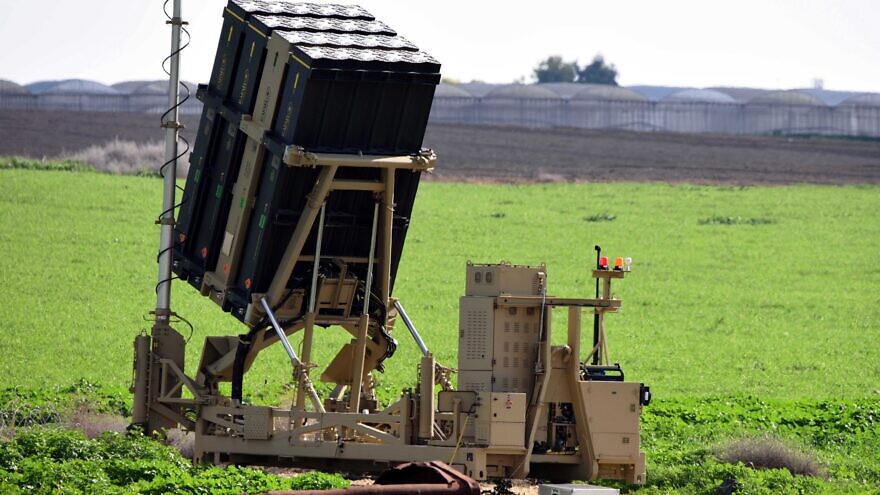 Ukraine said on Tuesday that it will formally request Israel to supply air defense systems. It had made informal requests until now. Israel has provided Ukraine with humanitarian aid, including a fully staffed $6.5 million field hospital. But its desire to maintain a delicate relationship with Moscow—including the status quo in Syria where Russia allows Israel to strike Iranian targets— has kept Jerusalem from doing more.

“First of all, it’s in Israel’s best interest to assist countries that are countering the same enemy,” she told JNS. “Regardless of some minor cooperation in Syria, Russia is a completely hostile state. It has made hostile public statements on the foreign ministry level. It has promoted relations with Hamas. And it has been cooperating with Iran at every level.”

She added that Russia, debilitated by its war in Ukraine, no longer poses the risk that it once did in Syria. This summer, it pulled S-300 surface-to-air missiles from Syria to help bolster its defenses against Ukraine. (Russia still deploys its most advanced S-400s in Syria.)

While Ukraine can’t help Israel in the near-term, assisting Ukraine now will pay political dividends in the future, whether in international forums such as the United Nations, or in terms of military, intelligence, logistical, and particularly, cyber cooperation, Tsukerman argued. Instead, she said Israel not only refuses to provide weaponry, but also blocks third parties from sending Israeli materiel. Israel vetoed the Baltic states and Germany from transferring Israeli-made weapons to Ukraine.

“Can Israel compete with the United States and the major powers in the quantity of weapons it provides? Clearly not, but that’s not what’s being asked or expected of it. I think the fact that it has done absolutely zero on this front is not morally acceptable and not politically wise from any angle,” Tsukerman said.

Eyal Pinko—a researcher and lecturer at Bar-Ilan University, who served for years in Israeli intelligence agencies—holds the opposite view. He told JNS that America’s shift in focus from the Middle East to East Asia, which began during the Obama administration, has made Russia the “most critical” player in the region.

“As in physics, there is no such thing as a vacuum and Russia has taken America’s place,” he said. “The only actor in the global arena that can control Iran, at least a little bit, is Russia. The Russians are still in Syria. I don’t think that they will disappear from the Middle East. So it’s important that Israel have some kind of influence on Russia.”

While he doesn’t dispute that Russia has moved closer to Iran, Pinko warned that helping Ukraine would only push Russia still further into the hostile camp. If Israel steps up support for Ukraine, Russia will be angered. “They will take much more radical steps against us and towards Iran,” he said, noting Israel would feel the backlash “pretty immediately.”

Another reason Israel should take pause is Ukraine’s past behavior. “Under the Volodymyr Zelensky government, Ukraine deliberately voted 35 times in the U.N. against Israel in favor of the Palestinians and the Iranians,” Pinko said.

“Ukraine has had very good ties with Iran. When President Trump imposed sanctions against Iran in 2018, Ukraine continued to take Iranian oil through its pipelines,” he said. “There are no good actors here. The best thing is not to get involved. To send some medicine, that’s OK. But to become more aggressive towards Russia, this is a very bad step that will destabilize the region.”

John Hardie, deputy director of the Russia program at the Foundation for Defense of Democracies, a Washington, D.C.-based think tank, told JNS that he would like to see Israel contribute arms to Ukraine’s defense.

“There are probably some within the U.S. government who feel the same way. I wouldn’t necessarily argue that Israel is doing something wrong. They have to look out for their interests. But it would be great to see Israel as a democracy stand up for another democracy,” he said.

Hardie admitted that Israel has “some very legitimate reasons” why it hesitates to do so, acknowledging that the Jewish state has “bigger fish to fry,” like preventing Iran from transferring precision-guided missiles to Hezbollah in Lebanon.

Russia, meanwhile, continues to exert pressure on Israel to stay out of the fray. “Moscow has definitely over the past few months sent various signals to Israel to toe the line,” Hardie said, noting Russia’s launch of an S-300 rocket at an Israeli jet in June, its intensified rhetoric in favor of the Palestinians and its threats to shutter The Jewish Agency for Israel’s Russia branch.

If he were to make an argument to Israeli officials for greater intervention, he would say that both Israel and Ukraine are democracies and that democracies should stand together in defending their shared values.

“Number two, I’d say the Russians talk a big game in Syria, but do they really want to go head-to-head in a military conflict there with Israel? Would they actually try to down an Israeli warplane with the S-400?I would bet no, especially when their military is tied up in Syria,” Hardie said. “Israel’s F-35s could very well come out on the better end of that exchange. In fact, I’d probably bet on it, in which case that wouldn’t look good for Russia.”