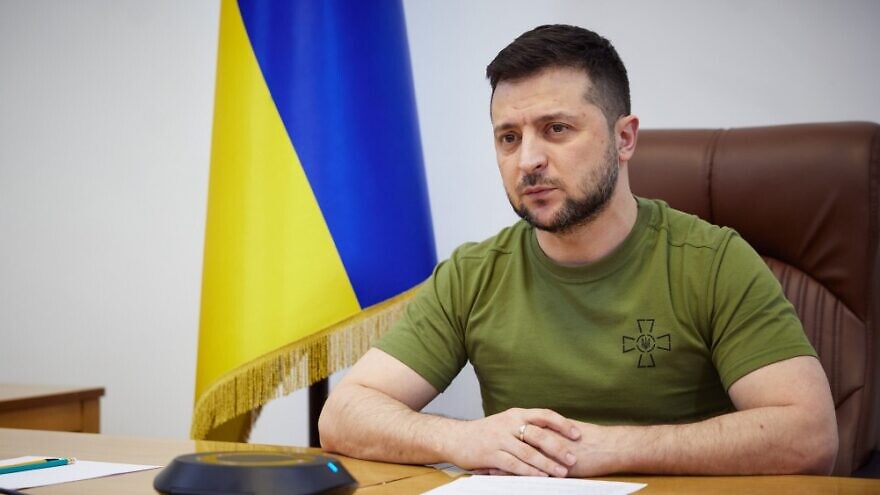 (October 18, 2022 / JNS) Ukraine will formally ask Israel to supply it with air defense systems as Kyiv’s top diplomat called on his government to cut ties with Iran over its supply of weapons to Russia.

The request will be made to Jerusalem amid ongoing Russian aerial bombardments in Ukraine and revelations that Tehran is providing Moscow with suicide drones and other arms, Ukrainian Foreign Minister Dmytro Kulebay told a news conference on Tuesday.

The Islamic Republic has also promised to provide Russia with surface-to-surface missiles, Reuters reported on Tuesday.

Israel has shied away from arming Ukraine over fears of upsetting Russia, the leading player in Syria, where the IDF has in recent years conducted hundreds of strikes aimed at curbing Iran’s military entrenchment and the transfer of weaponry to Hezbollah there and in Lebanon.

The United States on Monday backed statements by France and Britain to the effect that Iran’s sale of so-called suicide drones to Russia for use against Ukraine violated a binding United Nations Security Council Resolution.

According to Ukraine, Iranian-made Shahed-136 drones have been used by Russia to assault its cities and energy infrastructure in waves of deadly strikes in recent days. The U.S. has described Russia’s actions as war crimes.