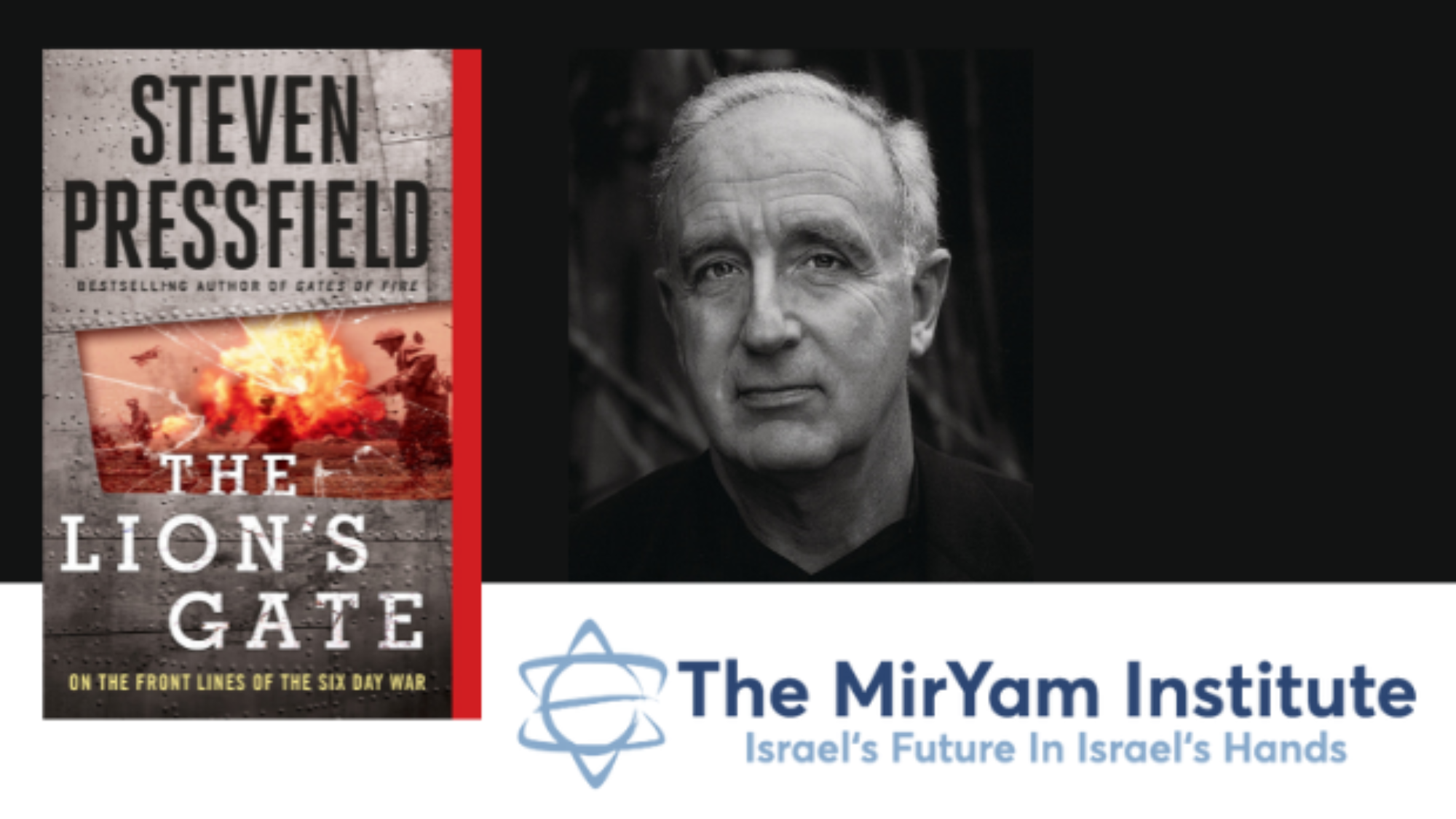 (May 27, 2022 / )The MirYam Institute is proud to announce the next installment of its special speaker series:

On the anniversary of the miraculous events of the Six-Day War, the MirYam Institute invites you to join a virtual conversation with Steven Pressfield, author of The Lion’s Gate. 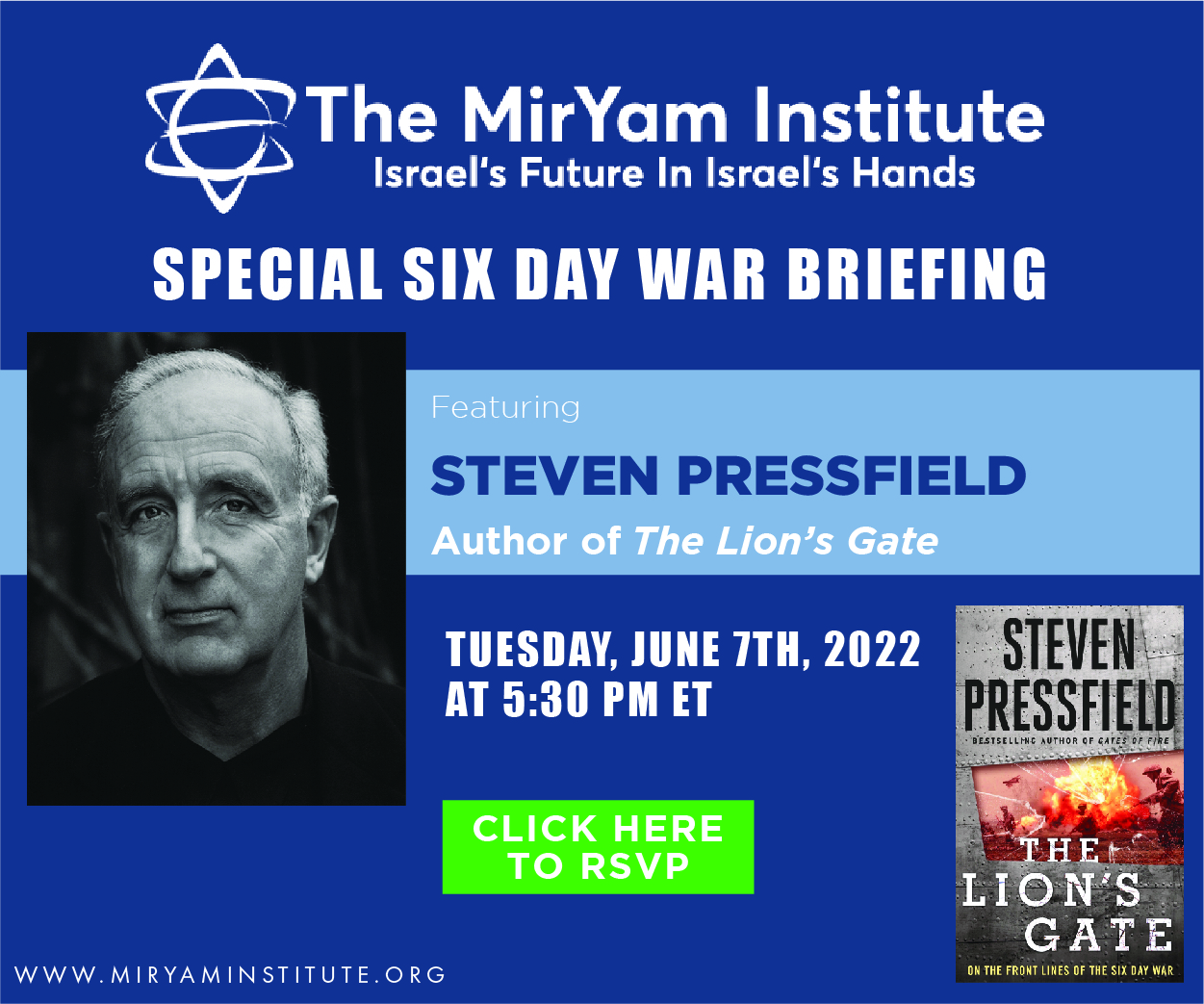 Pressfield is the acclaimed author of titles including The Legend of Bagger Vance, The War of Art, An American Jew, Killing Rommel, A Man At Arms and many more.

In 2014, he published The Lion’s Gate, a book he penned in the genre he terms “hybrid history.”

The Lion’s Gate traces the events that connected Israel’s War of Independence to the unfathomable triumph of the Six-Day War through the eyes and military escapades of seminal members of the Israeli defense establishment including Moshe Dayan, Ariel Sharon, Avigdor Kahalani, Orde Wingate, Ze’ev Jabotinsky and Lou Lenart. 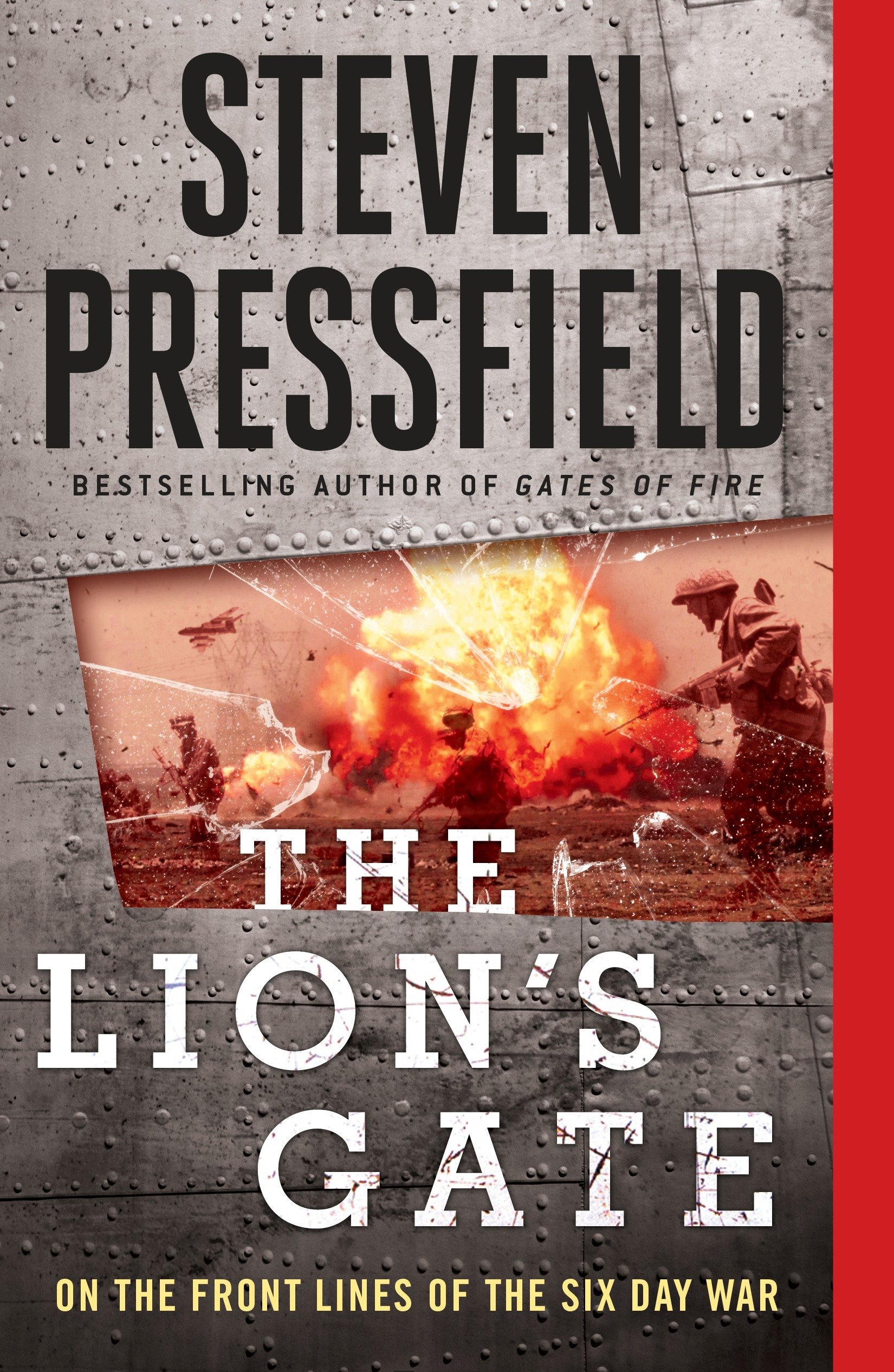 Of his motivation to write The Lion’s Gate Pressfield writes:

Benjamin Anthony, co-founder of The MirYam Institute, stated that “Pressfield undertook 370 hours of interviews in order to compile the writing that is The Lion’s Gate. His investment of time and research culminated in a magnificent book, the like of which I have never read in any other work in the Six-Day War.”

Rozita Pnini stated that “as someone who grew up in Israel and experienced the Six-Day War as a child, I’m fascinated to learn more about how this proud member of American Jewry traced the steps of so many of our heroes and wove together such a fascinating and insightful page-turner.” 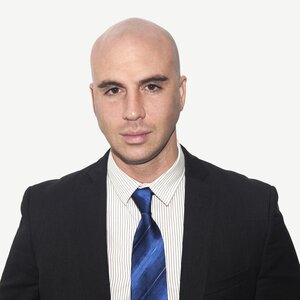 Join The MirYam Institute for what promises to be an unforgettable conversation via the RSVP button below.

To learn more about the MirYam Institute visit: www.MirYamInstitute.Org.