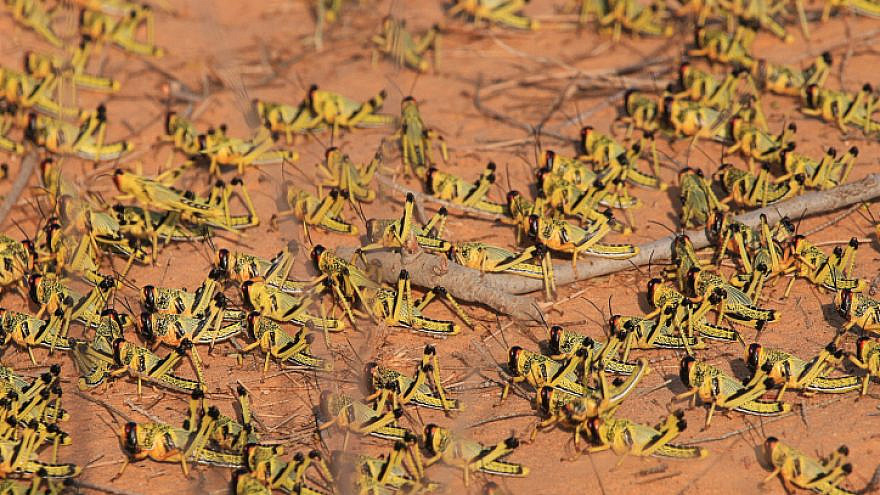 (April 25, 2021 / Israel Hayom) Residents of Israel’s southern city of Eilat and Arava region have woken up for the past few mornings to enormous swarms of locusts in their gardens, fields and elsewhere.

Farmers on Kibbutz Samar and Kibbutz Elipaz are worried about their crops, although residents of Moshav Hatzeva managed to catch some of the locusts using net traps set up in their fields.

In Eilat, the swarm settled at an agricultural school near the bay, although individual locusts were spotted throughout the city.

People’s bane can be a bonus for wildlife, however. Amir Balaban, who handles the urban nature depart at the Society for the Protection of Nature in Israel, said that hundreds of bee-eaters had been spotted at Kibbutz Lotan on their way north from Africa to Europe.

“They fly over fences and fill their beaks with the locusts landing in the area,” he said.

Balaban called the locust event a “festival of protein” for Israel’s wildlife. “Much like the [way in which] a lot of migratory birds feed off the locusts on their way north.”