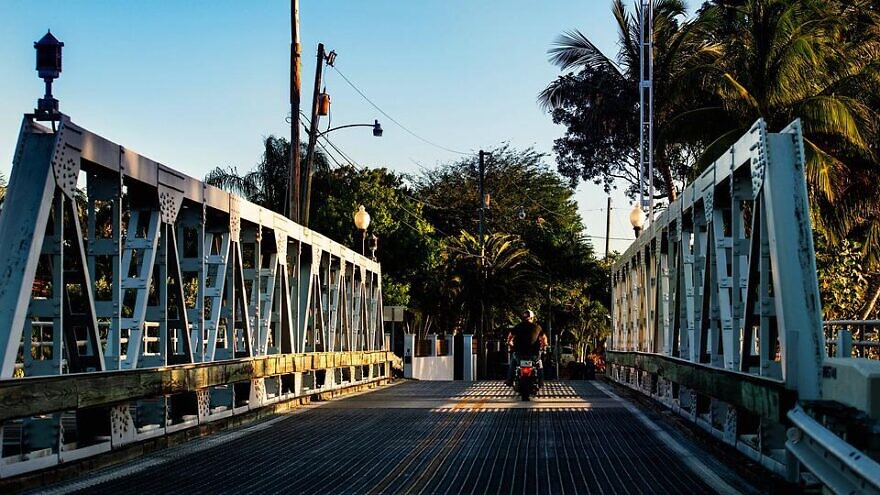 (July 6, 2022 / JNS) A garage door and a Ukrainian flag hanging on it in Fort Lauderdale, Fla., were vandalized with swastikas over the weekend; however, the homeowner is in no rush to remove the Nazi symbols from his property, reported Local 10 News.

At around 11:30 p.m. on June 2, according to the report, a vandal spray-painted a swastika on the flag and another large one next to it on the door. Also spray-painted was the word “Azov” and a symbol associated with this volunteer wing of Ukraine’s National Guard, which allegedly supports neo-Nazi views.

A neighbor told Local 10 News that her son and others saw a man get out of a Range Rover SUV and vandalize the garage door. After neighbors confronted the suspect, he drove away with a female passenger but not before witnesses were able to write down his license plate and call the police. Authorities arrived at the house only after the suspect had fled the scene.

The man who lives inside the vandalized house told the news station that he won’t paint over the hate symbols just yet. His neighbor, Ron Miller said the homeowner told him: “I think I really wanna leave it. I wanna leave it a few weeks because I want people to see what happened.”

Miller supports the decision, adding that “the hate in this country and the world is just terrible.”