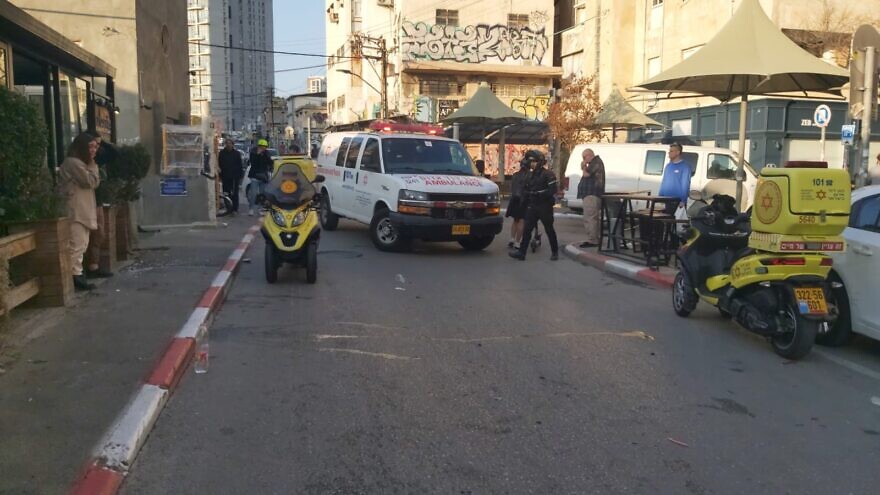 (December 19, 2022 / JNS) A car-ramming incident in Tel Aviv earlier this month was a terror attack carried out by a Palestinian driver, the Israel Police and Shin Bet security agency said on Monday.

The driver of the vehicle, 31-year-old Ali Hamed, from the village of Silwad near Ramallah, struck a moped rider on Tel Aviv’s Abarbanel Street on Dec. 8.

Hamed had crossed the Green Line illegally while driving a car that had been taken off the road and had Israeli license plates stolen from another vehicle, and he had no driver’s license, police found.

A Shin Bet investigation concluded that Hamed acted out of a nationalistic motive. During questioning, he confessed to deciding to take revenge for his cousin, who was killed in a gunfight with Israeli security forces a day earlier while he was attempting to carry out a shooting attack.

Hamed was charged on Monday with terrorist offenses.

“Security forces will continue to act in every way to thwart terrorist attacks and fully prosecute those who conduct attacks,” the police and Shin Bet said in a joint statement.