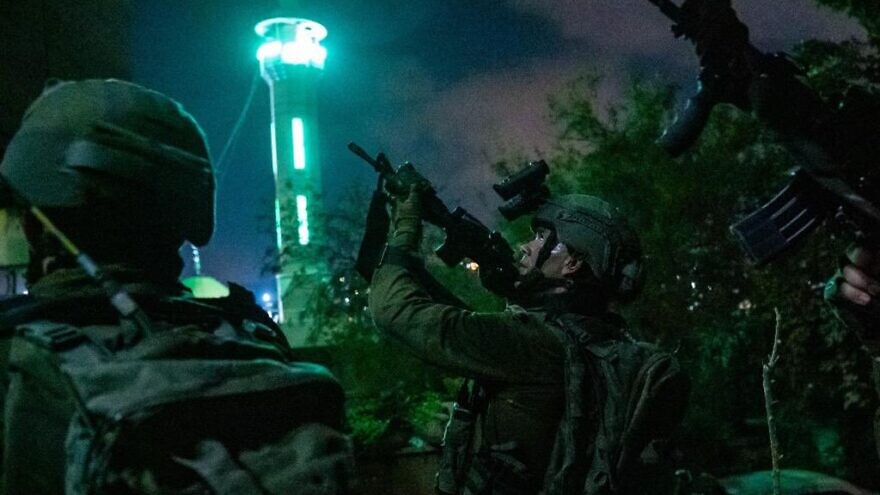 (October 26, 2022 / JNS) Israeli security forces arrested three suspected members of the Lions’ Den terror group during a counter-terror operation in Judea and Samaria overnight Tuesday, according to the Israeli military.

One of the suspects was identified as Muhammad al-Nabulsi, the brother of terrorist Ibrahim al-Nabulsi, killed by Israeli forces in August.

Muhammad al-Nabulsi is suspected of illegal weapons possession and producing explosive devices, in addition to membership in Lion’s Den.

One of the suspects is believed to have been involved in the Sept. 19 drive-by shooting in Huwara, near Hebron, while the third was apprehended in possession of several weapons, including a handgun and an improvised firearm, according to the Israel Defense Forces.

Israeli security forces raided a bomb lab in Nablus belonging to the Lions’ Den terror group overnight Monday, killing the group’s leader, Wadi al-Houh, according to the Israel Defense Forces. Palestinian media reported that three other gunmen were killed in clashes with the IDF during the raid.