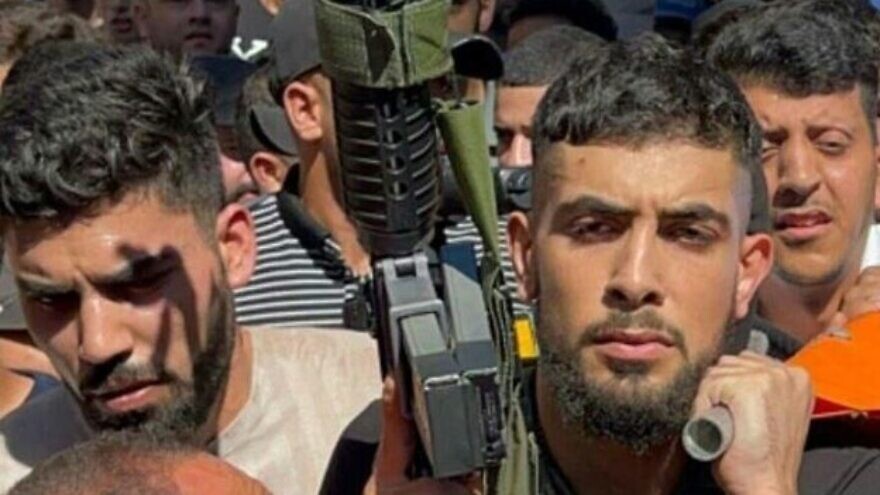 One other terrorist was also killed and 10 others wounded in the raid, which was a joint operation by the Israel Defense Forces, Israel Security Agency and Israel Police.

Nabulsi and several other gunmen had opened fire on the Israeli forces after barricading themselves inside a residential building in the city’s kasbah area, according to the IDF.

Members of the Israel Police Counter-Terrorism Unit hit the building with a shoulder-fired missile, the military said in a statement.

During the operation, local residents rioted, hurling rocks and explosive devices at the Israeli forces, who responded with riot-dispersal tools as well as live fire.

Nabulsi, known locally as “The Lion of Nablus,” was a member of the unaffiliated “Baruka” terrorist cell, according to the IDF. Responsible for several shooting attacks against Israeli civilians and soldiers in the Nablus region and the surrounding area, including at Joseph’s Tomb, he had narrowly escaped from the Israeli military several times in the past.

Israeli Prime Minister Yair Lapid addressed the raid on Tuesday, calling the elimination of Nabulsi “another step in our uncompromising fight against terrorism.”

“I commend the joint action of the security organizations—ISA, IDF and the Israel National Counter-Terrorism (INCT) Unit of the Israel Police—which led to a highly successful, precise action, without [Israeli] casualties,” he said in a statement.

“The ISA has again proven its intelligence superiority against the terrorist organizations. I would like to thank the men and women of the ISA who took part in the operation for their daring, creativity and determination to find and strike terrorists in places that they mistakenly assume will be a safe haven for them,” he added.