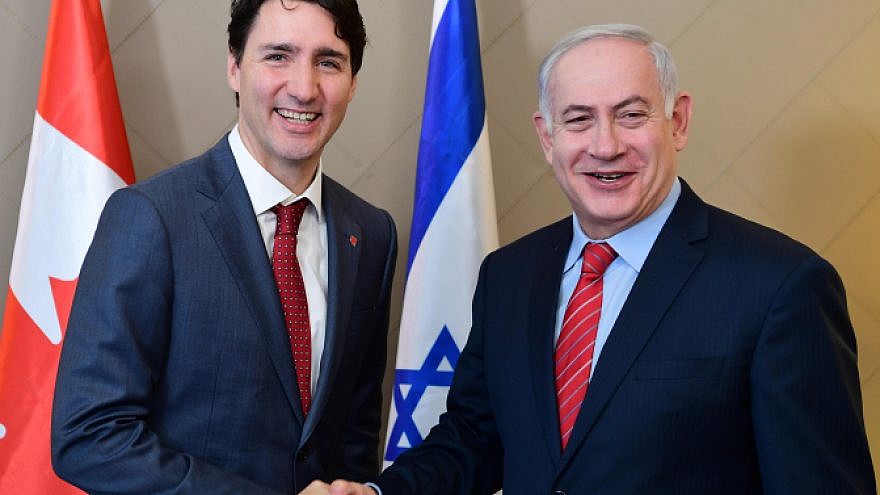 (December 10, 2019 / JNS) Canadian Prime Minister Justin Trudeau said on Monday before a menorah-lighting ceremony that Canada’s recent vote in favor of an anti-Israel resolution at the United Nations does not mean that his government has changed its policy against singling out Israel in the international body.

In late November, Canada voted in support of a U.N. General Assembly resolution co-sponsored by North Korea that was not favorable to the Jewish state.

Jewish community leaders have expressed their concerns about that vote, as well as other parties and members of Trudeau’s own caucus.

Former U.S. Ambassador to the United Nations Nikki Haley accused Canada of striking “a deal with the devil” and “trading its integrity” for a seat on the U.N. Security Council next year by voting in support of the resolution.

Canada has voted against such resolutions for more than a decade, but Trudeau said he felt he had to vote differently on that one resolution in order to counter threats to a two-state solution to the Israeli-Palestinian conflict, according to The Canadian Press.

“I understand that many of you were alarmed by this decision,” Trudeau told those gathered at the menorah ceremony. “The government felt that it was important to reiterate its commitment to a two-states-for-two-peoples solution at a time when its prospects appear increasingly under threat.”

“But let me be very clear. Our enduring friendship with Israel remains. We will continue to stand strongly against the singling out of Israel at the U.N.,” he added. “Canada remains a steadfast supporter of Israel, and Canada will always defend Israel’s right to live in security. And we will always, always, speak up against anti-Semitism at home and abroad. You have my word.”