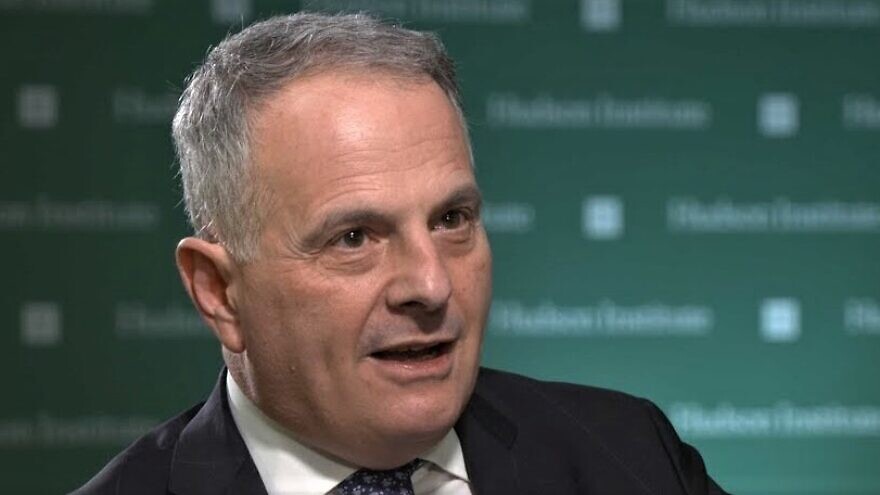 (March 17, 2020 / JNS) U.S. President Donald Trump will nominate Kenneth “Ken” Weinstein, president and chief executive officer of the Hudson Institute think tank, to be the next U.S. ambassador to Japan, the White House said on March 13.

Weinstein is a member of Kesher Israel Synagogue in Washington, D.C., and a past board president of the Milton Gottesman Jewish Day School, also in Washington. He has led the Hudson Institute and has been the think tank’s Walter P. Stern chair since 2011. Last summer, he launched Hudson Institute’s Japan Chair and appointed former national security adviser H.R. McMaster as its head.

Weinstein is chairman of the board of governors of the U.S. Agency for Global Media, which includes the Voice of America, Radio Free Europe/Radio Liberty and other broadcasters. He also serves on the Advisory Committee for Trade Policy and Negotiations, which counsels the U.S. trade representative.

He has frequently visited Japan in recent years and has a personal relationship with Japanese Prime Minister Shinzō Abe, according to Michael Makovsky, president and CEO of the Jewish Institute for National Security of America and a personal friend of Weinstein’s.

Weinstein holds a bachelor’s degree from the University of Chicago, a Master of Philosophy degree from Sciences Po in Paris and a Ph.D. in political science from Harvard University. He is fluent in French and German, according to the White House.

The position of U.S. ambassador to Japan has been vacant since William Hagerty stepped down in July after two years in office.