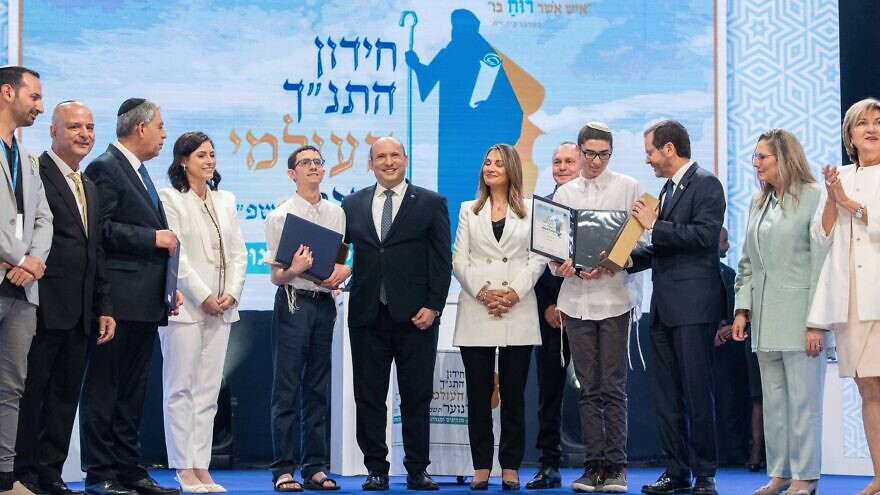 Dvir Merzbach, 17, from Tzfat, and Hillel Cohen, 16, of Jerusalem, advanced to the final round of the competition on Thursday after beating 14 other contestants.

However, they were unable to beat each other and finished with tied scores, which hasn’t happened in the contest since 2013.

The quiz tests students ages 14 to 18 on their knowledge of biblical books, such as locating or completing fragments of biblical verses, identifying who said which quotation to whom, and naming geographical details of ancient Israel.

The contest was attended in person by Israeli Prime Minister Naftali Bennett and Israeli President Isaac Herzog. (The president’s mother, Aura Herzog, who passed away in January, founded the competition in 1958). Bennett noted that the contest was a real nail-biter, and that “there isn’t tension like this in politics.”