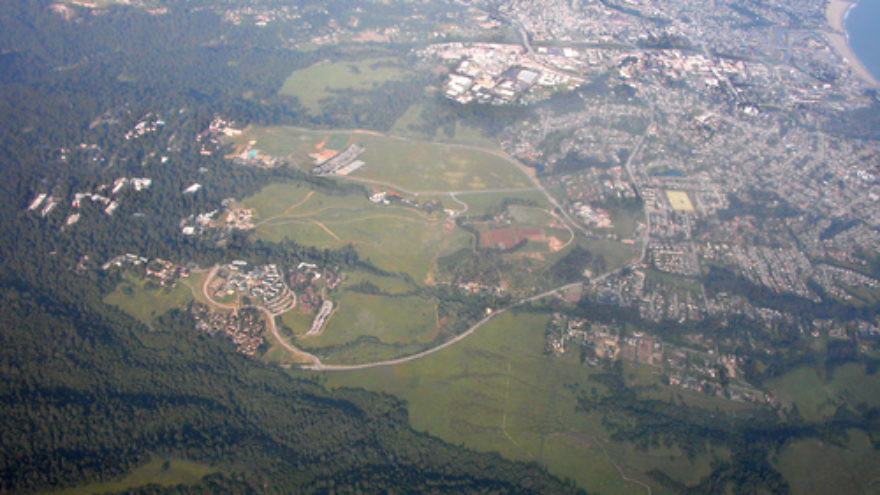 A Jewish member of the student government at University of California, Santa Cruz was warned to “abstain” from voting on a pro-BDS (Boycott, Divestment and Sanctions movement) resolution because he is the president of the school’s Jewish Student Union and was “elected with a Jewish agenda.”

The incident occurred prior to a vote by the UCSC student council to annul a veto an earlier Israel divestment bill. On Nov. 17, the UCSC voted 28 in favor and five against, with seven abstaining, to reinstate a divestment resolution that was vetoed in 2014.

In a text message sent to UC Santa Cruz Jewish Student Union (JSU) President Daniel Bernstein, the sender wrote, “You will be abstaining, as the president of JSU that is the right thing.”

“There was also a comment tonight that you were elected by a…hmm Idk (I don’t know) if these are the right words but let’s say…a Jewish agenda,” the text message added.

In response, Bernstein posted on Facebook, “The implication that I, as a Jewish student and leader in the Jewish community, should not be allowed to vote on an issue that so deeply impacts the Jewish community, and that I should abstain because I cannot be trusted due to an alleged, ‘Jewish agenda,’ echoes the racism Jews have faced all over the world throughout our history.”

“I am calling on the leadership at UC Santa Cruz, from the student level on up to start taking concrete action to get the anti-Semitism at this campus under control,” Bernstein wrote.

The controversial incident at UCSC is just the latest of its kind involving a Jewish student at a California school. In February, University of California, Los Angeles (UCLA) student Rachel Beyda was asked if her Jewishness could be a “conflict of interest” when she applied to be a member of UCLA’s student judicial board. A similar incident also took place at Stanford University this year, when student senate candidate Molly Horwitz’s Jewish background was called into question.

“It is deeply disturbing that on a campus that claims to be so dedicated to opposing racism, Jewish students are still subjected to classic anti-Semitic slurs and marginalized because of their involvement in the Jewish community,” Roz Rothstein, CEO and co-founder of the pro-Israel education group StandWithUs, said in a statement.

“The anti-Israel extremism of BDS has contributed to the rise of anti-Jewish racism across the UC system, and hopefully this incident will serve as yet another urgent wake up call to the leaders of the university. This highlights the need for college campuses to adopt the State Department’s definition of anti-Semitism,” Rothstein said.

“When a student like Daniel Bernstein, a democratically elected student representative, is told that he should abstain from a vote affecting the entire campus community because he is a Jewish student, we must not sit idly by,” Borans said.

He added, “We call on the UC Regents and the Santa Cruz community to take a stand against anti-Semitism and provide a safe environment for all students.”