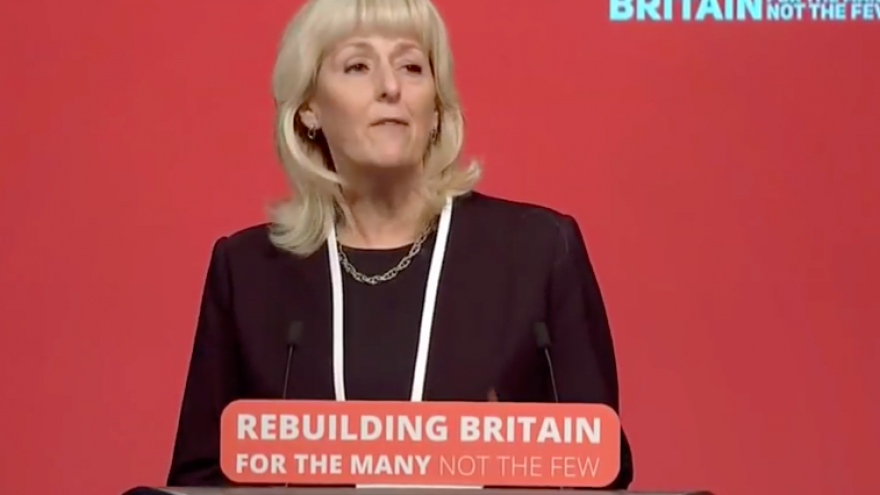 (May 4, 2020 / JNS) U.K. Labour General Secretary Jennie Formby, who once said it’s “impossible to eradicate anti-Semitism,” has resigned from the position, the party has announced.

Formby said she applied for the role two years ago “to support Jeremy Corbyn,” but with new party leader Keir Starmer, “it is the right time to step down.”

“I would like to thank Jeremy, our members and my staff colleagues who have given me so much support during what has been a very challenging period, in particular when I was suffering from ill health,” she said in a statement. “I wish Keir and [Labour deputy] Angela [Rayner] the very best of luck in taking the party forward and leading Labour to victory at the next general election.”

Starmer praised Formby “for her service and for the personal and professional efforts she has made in advancing the cause she has fought all her life for,” and for her “commitment and energy” during a “period of political upheaval.”

In her position, Formby defended Corbyn and his controversial ties, stating that it “is impossible to eradicate” anti-Semitism, and that it is “dishonest to claim to be able to do so,” even though she acknowledged it is crucial to “eliminate the evil of anti-Semitism.”

Formby attempted to interfere in the case of fellow Corbyn supporter Jackie Walker, who was investigated for being anti-Semitic.

The Campaign Against Antisemitism applauded Formby’s resignation, but criticized Starmer for making moves the organization deemed controversial and “in direct contravention of his election pledge” to root out anti-Semitism in the Labour Party.

“Jennie Formby’s resignation today as General Secretary of the Labour Party brings an end to her ignominious tenure, during which she oversaw a Party apparatus that shielded anti-Semites and intimidated whistleblowers,” said a Campaign Against Antisemitism spokesperson.

“Her departure comes on the one-month anniversary of Sir Keir Starmer’s election as Leader of the Labour Party, an occasion we have marked by writing to Sir Keir condemning his promotion of Afzal Kahn to prominence in the Shadow Cabinet and his failure to suspend Diane Abbott, Bell Ribeiro-Addy and Salma Yaqoob, in direct contravention of his election pledge.”

The spokesperson added that “we also await the promised introduction of an independent disciplinary process, which Ms. Formby’s welcome departure now makes possible. Sir Keir’s honeymoon is over, and he must now move swiftly to reassure the Jewish community that he is serious about tearing antisemitism ‘out by its roots.’”