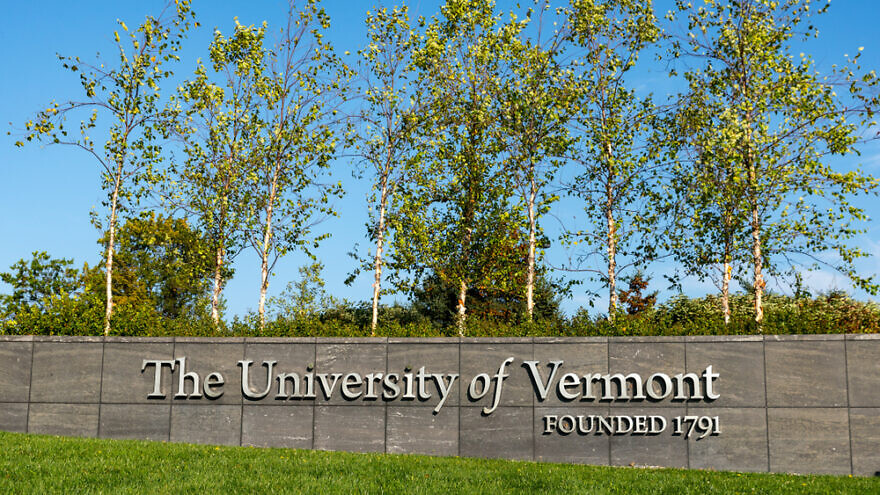 (February 11, 2022 / JNS) A survey on the number of anti-Semitic incidents that occurred at North American colleges in 2021 revealed that the University of Vermont had the most with 58 reported cases.

The advocacy group Jewish on Campus, which partnered with the World Jewish Congress last year, collected testimonies from students last year regarding anti-Semitism on their campuses and released the data in a report on Monday. Following Vermont were Tufts University and George Washington University with 34 and 25 incidents, respectively.

The report largely focused on the United States and Canada, which together made up 95.5 percent of cases.

The incidents were self-documented by students, and the majority of submissions were by undergraduates. A small number were reported by graduate students.

The top three U.S. states with the highest number of reported cases were Massachusetts (74), Vermont (58) and New York (55).

Among all the incidents submitted to JOC in 2021, students were responsible for 316 of them and professors for 122. The report also showed that 72 percent of incidents took place in person while 28 percent happened online.

The University of Vermont responded to the report, saying, “We strive to maintain a safe and inclusive environment for all members of our community. Our stance on biased behavior is clear: We don’t tolerate it. We have multiple processes in place for incident reporting. And we have follow-up procedures that support impacted members of our community and hold accountable those responsible.”