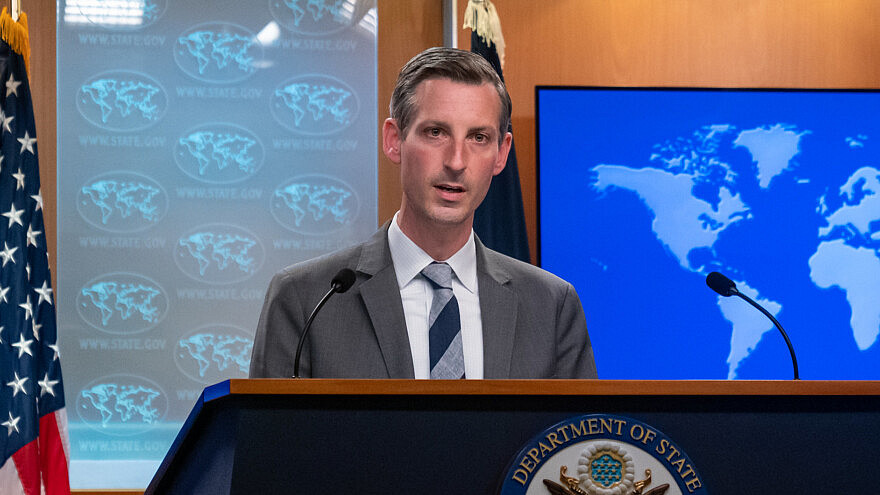 “We are deeply concerned by the visit of the Israeli minister at the Temple Mount/Haram al-Sharif. This visit has the potential of exacerbating tensions and lead to violence,” Price said.

U.S. Sen. Tom Cotton (R-Ark.) responded to Price’s statement via Twitter, saying, “If the Biden Administration is concerned about violence in Israel, they should condemn the Palestinian terrorists causing it. Not our Israeli friends.”

When Ben-Gvir’s intended visit was announced on Sunday, Hamas proclaimed that violence could result, threatening it would “blow up the situation.” Hamas spokesperson Abd al-Latif al-Qanou insisted that the “criminal Ben-Gvir’s announcement of his intention to storm Al-Aqsa Mosque reflects the arrogance of the fascist settler government and its premeditated intentions to escalate incursions and attacks on Al-Aqsa Mosque with the aim of dividing it.”

Ben-Gvir remained undeterred by the Islamist terror group’s threats of violence. He tweeted on Tuesday (translated from Hebrew), “The Israeli government of which I am a member will not surrender to a vile murdering organization. The Temple Mount is open to everyone and if Hamas thinks that if it threatens me it will deter me, let them understand that times have changed. There is a government in Jerusalem!”