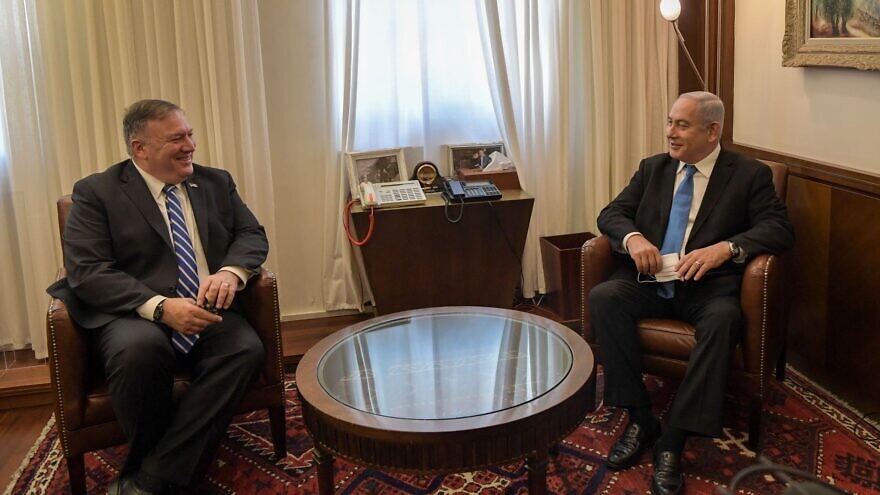 The United States believes that Chinese control of or investment in infrastructure and companies abroad presents a serious security threat. U.S. officials have been hard at work convincing allies, including Israel, to create a level of distance from the country.

Israel has taken heed of these warnings to some extent, recently denying China the opportunity to build Israel’s Sorek B desalination plant.

Last year, Pompeo is said to have cautioned the Jewish state that allowing China more control over Israeli infrastructure could result in a reduction in U.S. intelligence-sharing.

China currently has investments in the ports in Haifa and Ashdod, as well as in Israel’s high-tech sector. A Chinese firm owns Tnuva, Israel’s largest dairy producer.

Israel and the United States are reportedly close to signing a memorandum of understanding (MOU) that would have the former not use Chinese equipment in building its 5G network. Jerusalem is seeking to weaken the language in order to avert a crisis with Beijing, according to the Axios report.

After the United States, China is Israel’s second-largest trading partner with $11.9 billion in bilateral trade annually.

In October, Israel decided to form a committee to monitor Chinese investments amid pressure from the Trump administration. It is only an advisory committee.

“China has made its bed with Iran. We think it is important to not let China have it both ways. They can’t strengthen Iran, which chants ‘Death to Israel,’ and have a business-as-usual relationship with Israel. We have been very clear about that. I am sure Israel will do the right thing on China,” U.S. Special Representative for Iran Brian Hook told Axios.

Hook is leaving his position at the end of the month, to be replaced by Elliott Abrams, a veteran foreign-policy expert and policy hawk who currently is the State Department’s special representative for Venezuela.