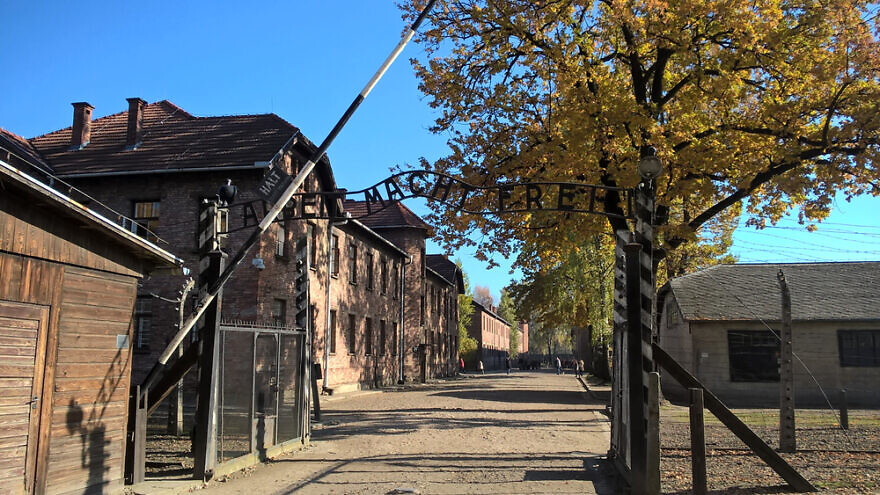 (October 6, 2021 / JNS) The Auschwitz-Birkenau Memorial and Museum condemned recent vandalism that took place at the site of the former Nazi concentration camp.

“Such [an] incident is, above all, an outrageous attack on the symbol of one of the greatest tragedies in human history and an extremely painful blow to the memory of all the victims of the German Nazi Auschwitz-Birkenau camp,” the museum said. “We hope that the person or persons who committed this outrageous act will be found and punished.”

It was discovered on Tuesday that nine wooden barracks were spray-painted with anti-Semitic messages in English and German—“two references to the Old Testament, often used by anti-Semites, and [Holocaust] denial slogans,” stated the museum.

The graffiti was reported to the police, and video surveillance from the scene is being reviewed.

The spray-painted messages will be removed after the police have gathered all “necessary documentation” from the site of the vandalism, according to the museum, while also asking the public to contact them with any information pertaining to the incident.

It added that funding for the security system at the Auschwitz memorial is provided by the museum’s budget, which “unfortunately suffered greatly during the COVID-19 pandemic.”