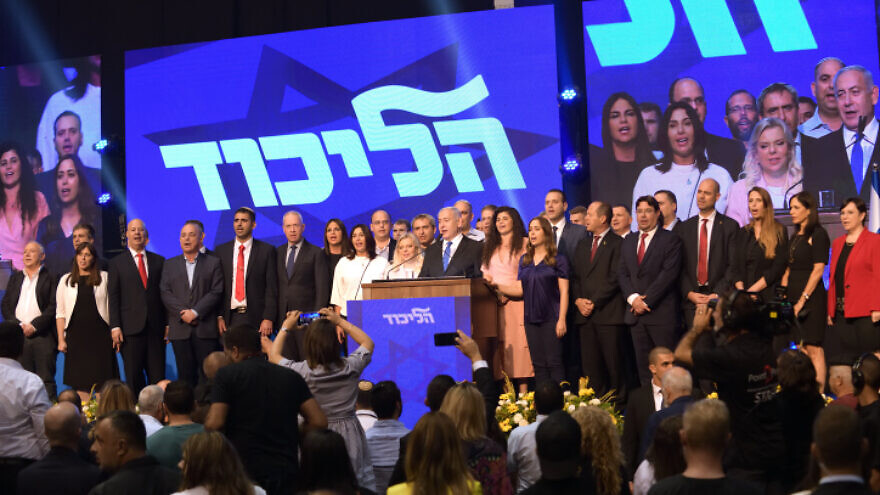 Israeli Prime Minister Benjamin Netanyahu, head of the Likud Party, attends an event with other party members after the release of initial voting results in the Israeli general elections, at the party headquarters in Tel Aviv, on Sep. 17, 2019. Photo by Gili Yaari/Flash90.
Republish this article
610 WORDS
Spread the word.
Help JNS grow!
Share now:

“Prime Minister Benjamin Netanyahu is one of the greatest Jewish leaders in our people’s long and storied history. He dedicates nearly every waking minute to fighting for the Jewish state,” said Klein.

Klein recently worked for Netanyahu as a key strategic adviser during Israel’s third consecutive parliamentary election campaign that ultimately broke the 18-month political deadlock between Likud and its rival the Blue and White Party.

The Likud not only won more Knesset seats than at any time in the 14 years during which Netanyahu has been prime minister of Israel, but received the highest number of votes ever recorded by a single party in Israel’s 72-year history.

Following tense political negotiations in the aftermath of the election, Blue and White fractured, with chairman Benny Gantz’s faction joining a Netanyahu-led government. Gantz has started the government’s term as vice prime minister and defense minister and is scheduled to assume the position of prime minister in November 2021 as part of a rotation arrangement. 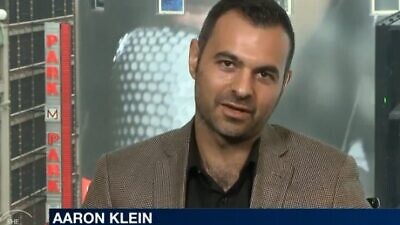 In the current unity government alignment, the Likud is now over twice as large as any other party in the coalition, including the remainder of Blue and White.

In his election-night victory address, Netanyahu thanked Klein specifically for coming from the United States to help him win the election.

“Klein left a full-time, successful career as a reporter to help as Israel finds itself facing unprecedented challenges during the coronavirus pandemic, amid the international debate on the issue of applying sovereignty and other pressing matters during the duration of the next 18 months,” said Likud spokesman Jonathan Urich.

Following two lackluster campaigns that failed to produce a clear electoral victory for Netanyahu, Klein was credited with dramatically increasing the number of Netanyahu’s campaign appearances across the country, in addition to doubling down on an aggressive social media communications strategy.

The result was a dramatic increase in voter turnout, bringing more than 250,000 votes from individuals that had not voted in the preceding two elections. The Likud tally represented a massive vote of confidence for an embattled Netanyahu, who is currently standing trial in three separate corruption cases, that many believe represent an unprecedented legal attempt to remove Israel’s longest-serving and still-popular prime minister from office.

“Israel is lucky to have Netanyahu as prime minister, especially during these critical days,” Klein told JNS. “It’s an honor and privilege to be working with him.”

Klein ran the Middle East bureaus for World Net Daily as well as Breitbart, and wrote a weekly column for the Jewish Press in New York. In addition to being a bestselling author and investigative journalist, he has hosted the weekly Aaron Klein Investigative Radio Show across multiple AM radio stations, syndicated in New York and Philadelphia.

Klein had lived in Israel for nearly 15 years, initially arriving in 2005. He was embedded as a reporter in Gush Katif during the controversial evacuation of Gaza’s 10,000 Jewish residents.

“I didn’t leave until the last Jewish resident was evacuated,” said Klein.

Prior to assisting Netanyahu in his election campaign, Klein played a key role in the unlikely election of U.S. President Donald Trump, who first won a crowded Republican primary and then defeated Democratic frontrunner Hillary Clinton.

Klein, who hails from Philadelphia and attended religious schools growing up, has a strong affinity for the State of Israel, as well as for Netanyahu, who he first interviewed for the Yeshiva University Commentator in 1999 immediately following his first stint as prime minister.