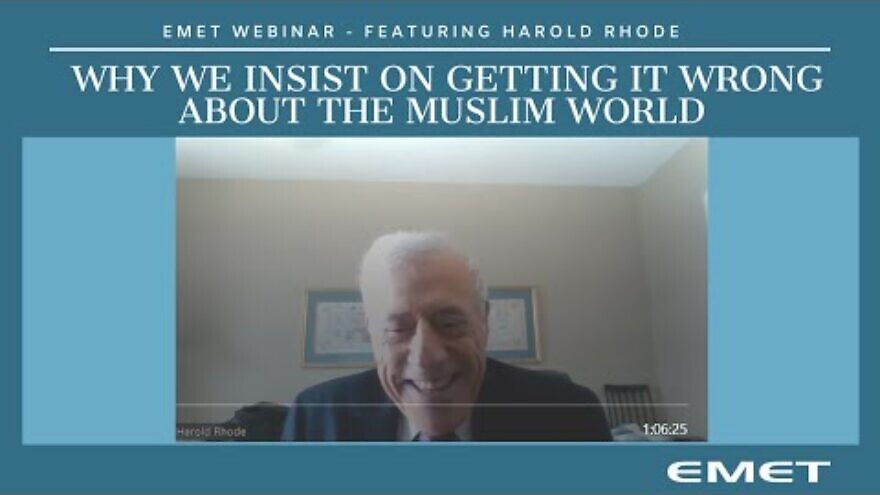 (August 3, 2022 / JNS) Much hope has been placed in an eventual normalization of relations between the Jewish state of Israel and Saudi Arabia.

On July 15, U.S. President Joe Biden traveled to Saudi Arabia in an attempt to help cement relations between the two countries and to try to lower the cost of gas for Americans before the November midterm elections. The Saudis were gracious enough to invite a group of Israeli journalists to cover the story.

One particular journalist, Gil Tamari, took it upon himself to enter Mecca, film what he saw there and then broadcast it to the world. This one incident might potentially have soured the flowering of relations between Saudi Arabia and Israel.

Why is it so difficult for those of us from Western democracies to understand the cultural, societal and theological contexts of other cultures? What is it about Islam that we fail to understand?

Harold Rhode is a Distinguished Senior Fellow at the Gatestone Institute. He received a Ph.D. in Ottoman History from Columbia University and later served as the Turkish Desk Officer at the U.S. Department of Defense.

Harold Rhode taught Islamic history at the University of Delaware as an adjunct professor from 1979 until 1981. In May 1982, he joined the Office of the Under Secretary of Defense for Policy at the Pentagon as an adviser on the Islamic world with a special emphasis on Turkey, Iran and Iraq. He retired from this position in 2010. During his tenure he wrote papers on how to understand, negotiate and deal with Turkey, Iran, Central Asia and other Arab countries.