In her professional capacity, Dr. Friedman holds leadership roles that serve both the Jewish and larger communities. She is the head of the Jewish Family and Children’s Services (JFCS) in the San Francisco Bay Area – one of the largest and most renowned family service institutions in the U.S. She is an expert in social policy and programming for diverse populations, the provision of health and human services, as well as the development of innovative social enterprise models. Due to her professional background, she has served on various local, state, national and international commissions, including as Commissioner of the San Francisco Human Services Commission. In recognition of her dedication Dr. Friedman has been awarded multiple public service awards.

In addition to her professional leadership positions, Dr. Friedman also serves as President of the Board of the Koret Foundation, which devotes its resources to elevating the quality of life of all who live in the Bay Area and to supporting the global Jewish community. The foundation supports organizations that seek to increase Jewish identification and involvement, strengthen ties between Israel and the Bay Area and combat antisemitism.

Dr. Friedman is also widely acclaimed for her expertise on Holocaust and genocide education. She is the editor of the English-language edition of Rywka’s Diary (HarperCollins), which has been published in more than a dozen languages and is the subject of a forthcoming film. In addition, as part of her work to promote Holocaust remembrance, Dr. Friedman has produced a major documentary on Eastern European Jewish life, which will be distributed globally this year.

The Combat Antisemitism Movement is a non-partisan, global grassroots movement of individuals and organizations, across all religions and faiths, united around the goal of ending anti-Semitism in all its forms. Since its launching in February 2019, 330 organizations and 340,000 individuals have joined the Combat Antisemitism Movement by signing the campaign’s pledge. The CAM Pledge draws upon the IHRA international definition of antisemitism and its list of specific behaviors used to discriminate against the Jewish people and the Jewish State of Israel.

Dr. Anita Friedman: “As a Jew, I am deeply concerned by the recent explosion in antisemitic attacks all over the world. As an expert on Holocaust and genocide education, I am convinced more than ever, that the young generation must learn about the repercussions of hatred and discrimination, before it is too late again. As a public servant I am more motivated than ever to mobilize my colleagues and friends to do what is necessary to fight against the disease of antisemitism. I am so proud to join CAM, because it is an organization that reaches citizens, academics and leaders all over the world and encourages them to build a united front against antisemitism.

Sacha Roytman-Dratwa, The Combat Antisemitism Movement Executive Director: “We are delighted to welcome Dr. Anita Friedman to our Advisory Board. She has dedicated her life to serving the Jewish and non-Jewish communities in both her professional and personal capacities. Moreover, her expertise on Holocaust and genocide education is simply invaluable – particularly when we are dealing with the seed of such horrific things, with baseless hatred. I am certain that her experience and insight will boost our efforts in the ongoing fight against antisemitism.” 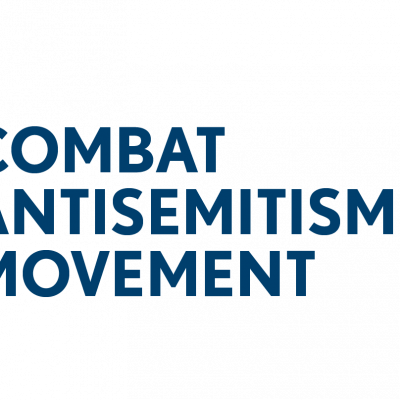 Combat Antisemitism Movement (CAM)
Publish your organization's press release on JNS Wire
Releases published on the JNS Wire are communicated and paid for by third parties. Jewish News Syndicate, and any of its distribution partners, take zero responsibility for the accuracy of any content published in any press release. All the statements, opinions, figures in text or multimedia including photos or videos included in each release are presented solely by the sponsoring organization, and in no way reflect the views or recommendation of Jewish News Syndicate or any of its partners. If you believe any of the content in a release published on JNS Wire is offensive or abusive, please report a release.