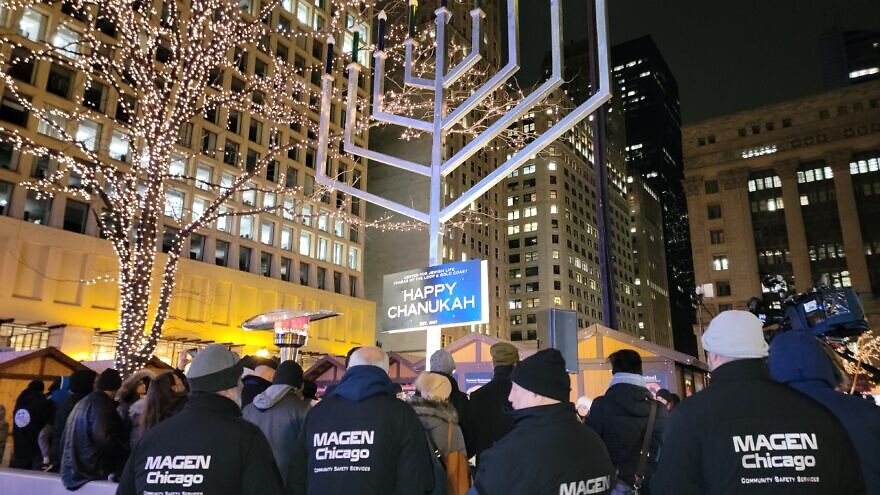 CHICAGO, Illinois, December 22nd, 2022 – MAGEN Chicago (formally known as CCL Shul Members) continued its growing mission to keep the community safe this week by putting on their coats and hats and heading into the cold to keep a watchful eye on outdoor Chanukah festivities across Chicago, including a car parade, a menorah lighting celebration at Logan Square, Skokie Krier Plaza, and a menorah lighting ceremony at Downtown’s Daley Plaza.

As Chicagoans braved the sub-freezing temperatures to come together to light Chanukah candles in public squares across the city, MAGEN Chicago SSOs (Shul Safety Officers) partnered with organizers to provide an extra layer of protection for the events. They coordinated with the police at the scene and walked through the crowds, directing event-goers and keeping an eye out for suspicious activity and possible threats. They also enjoyed a warm drink and a latke from festival organizers.

MAGEN Chicago’s work was appreciated by event coordinators, who reached out to personally thank the group over social media. “Thank you, guys, for coming to our event!” Said Rabbi Meir Chai Benhiyoun, director at Chabad of the Loop & Gold Coast. Police and the public also responded warmly to the presence of volunteers working to keep the celebrations safe.

“Part of MAGEN Chicago’s growing safety circle is crowd control at public events,” said President Chaim Naiditch. “We’re not a security firm, but we do provide trained eyes and ears to help police and organizers keep festivities secure.” Naiditch continued that the importance of feeling safe is paramount, especially in these times. “If you don’t want to come because it’s too cold, we can’t help that,” he said. “But no one should be afraid to light a menorah in public because they’re worried about antisemitic violence.”

Dov Dukes, the IT director, agrees. “Light dispels darkness.  It’s a central tenet of Chanukah, and it’s a core belief of ours here at MAGEN Chicago.” 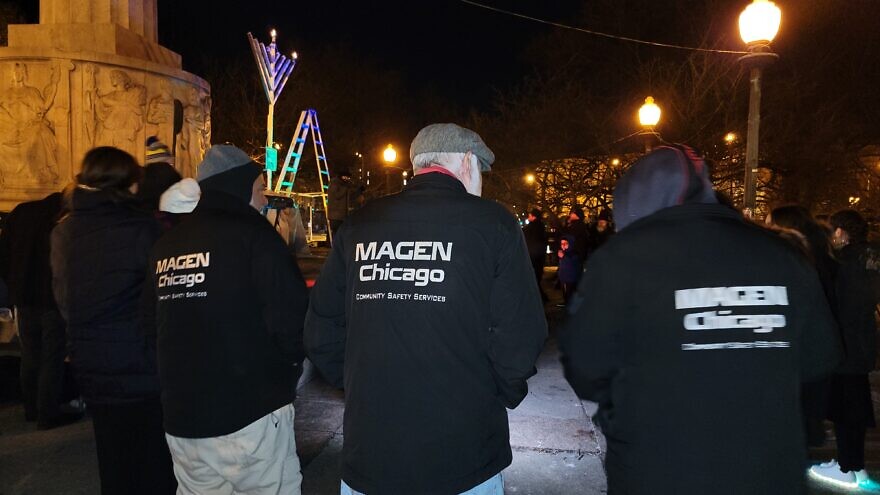 MAGEN Chicago is a grassroots organization founded in 2016 by local community members who are concerned for the safety of their community and extended Shul family. MC is a 501(c)(3) non-profit organization. Donations are tax-deductible, needed, and greatly appreciated. magenchicago.org 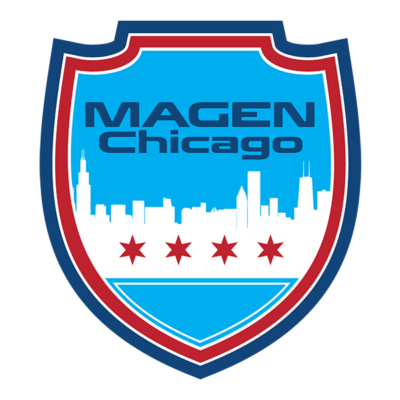 MAGEN Chicago
MAGEN Chicago was founded to empower the Jewish community to protect their homes, shuls, and communities through safety, support, education, and training.
Publish your organization's press release on JNS Wire
Releases published on the JNS Wire are communicated and paid for by third parties. Jewish News Syndicate, and any of its distribution partners, take zero responsibility for the accuracy of any content published in any press release. All the statements, opinions, figures in text or multimedia including photos or videos included in each release are presented solely by the sponsoring organization, and in no way reflect the views or recommendation of Jewish News Syndicate or any of its partners. If you believe any of the content in a release published on JNS Wire is offensive or abusive, please report a release.
Never miss a thing
Get the best stories faster with JNS breaking news updates