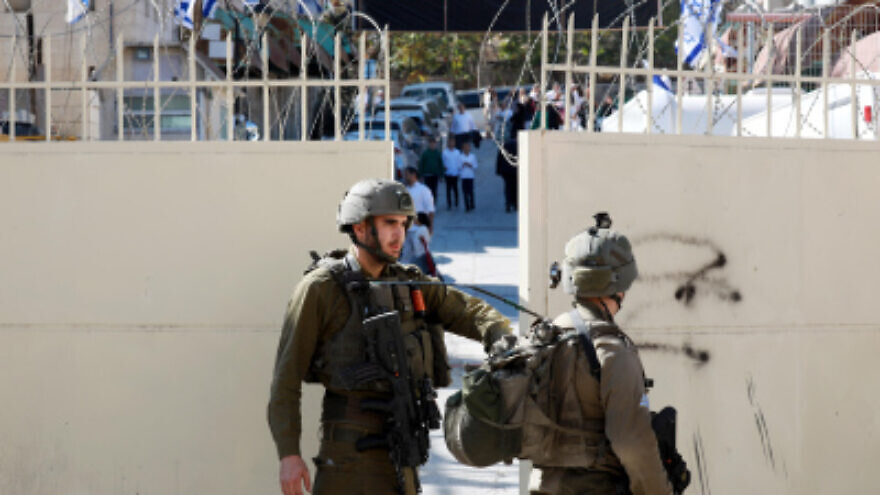 (November 28, 2022 / JNS) The Yesha Council, an umbrella organization of municipal councils of Jewish settlements in Judea and Samaria, on Sunday called for the Israeli security establishment to protect soldiers against provocations by anarchists, activists and terror-supporting organizations.

Yesha has long warned about such activists and their goal of harming the IDF and the state. The organization’s latest statement on the issue comes after two Israelis who were part of a group of activists visiting Hebron in Judea last Friday were placed under house arrest for five days starting Sunday, and were instructed not to return to the city for two weeks after being questioned on suspicion of assaulting soldiers and disturbing the peace.

A third activist was banned from the city for two weeks but not ordered to house arrest.

The activists, from the far-left organization Breaking the Silence, have been interviewed by police numerous times since Friday for their role in the confrontation with soldiers stationed in the volatile city.