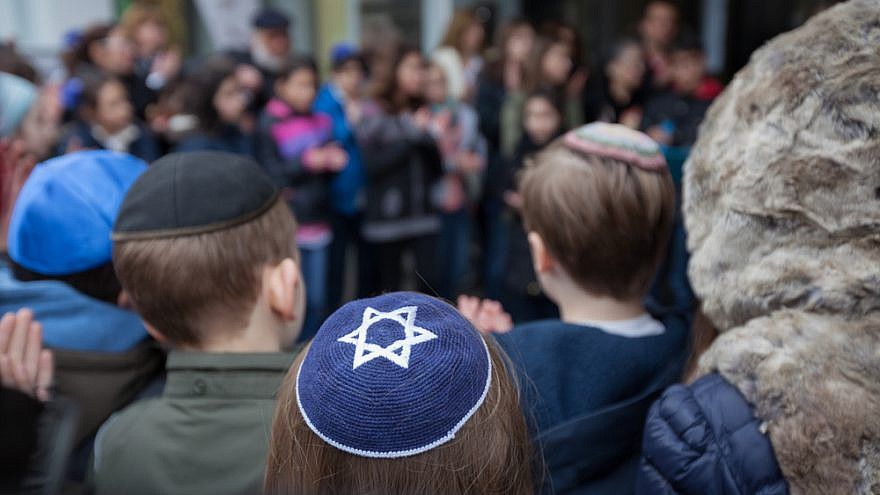 (May 11, 2021 / JNS) Young American Jews are moving in two very distinct directions—towards Orthodox or little Jewish engagement. That was one of the major findings from “Jewish Americans in 2020,” a new study by the Pew Research Center.

This is the second Pew study of Jewish Americans. The first, released in 2013, sent shockwaves through the Jewish community as it found a community that was increasingly less connected and more assimilated than previous generations.

The current survey of some 4,700 Jews nationwide shows a community that is increasingly multi-ethnic, not necessarily affiliated with any denomination or religion, yet one that still maintains an important connection to Israel.

To be considered “Jewish” for the survey people had to either identify as Jews by religion, people who say their religion is Jewish and who do not profess any other religion, and Jews of no religion, people who describe themselves (religiously) as atheist, agnostic or nothing in particular, but who have a Jewish parent or were raised Jewish, and who still consider themselves Jewish in any way.

Jews tend to be less religious than other Americans

Religiously, a little more than half of all U.S. Jews, 54 percent, say they belong to either the Reform or Conservative movements, 37 percent and 17 percent, respectively. Nine percent identify as Orthodox, 4 percent as Humanist or Reconstructionist, and 32 percent do not “identify” with any stream or branch of Judaism.

But those numbers shift when looking at young American Jews, those between the ages of 18 and 29. Among that demographic 17 percent say they are Orthodox, while 41 percent do not identify with any branch of Judaism. Only about 29 percent identify as Reform and less than 10 percent are Conservative.

As has been the case traditionally, the report found that “Jewish Americans, on average, are older, have higher levels of education, earn higher incomes, and are more geographically concentrated in the Northeast than Americans overall.”

An estimated 15 percent of Jews between the ages of 18 and 29 identify themselves as either Hispanic, black, Asian or other race; overall, some 8 percent across all age groups identify as non-white. Further, 17 percent of Jews say they live in a household “in which at least one child or adult is black, Hispanic, Asian, some other (non-white) race or ethnicity, or multiracial.”

Most Jews remain liberal and support the Democratic Party

Politically, most Jews remain liberal and supportive of the Democratic Party with some 71 percent identifying as either a Democrat or leaning that way. However, among the Orthodox Jews surveyed, 75 percent said they were Republican or leaning Republican.

With divisions in both observance and politics, the survey found that about half of Orthodox Jews in the United States “say they have ‘not much’ (23 percent) or ‘nothing at all’ (26 percent) in common with Jews in the Reform movement.”

“Reform Jews generally reciprocate those feelings: Six in ten say they have not much (39 percent) or nothing at all (21 percent) in common with the Orthodox … .”

When it comes to Israel, while the vast majority of Jews (82 percent) say caring about the Jewish state is either “essential” or “important,” younger Jews do not necessarily agree. For instance, among Jews ages 50 and older, the survey found that 51 percent “say that caring about Israel is essential to what being Jewish means to them … ,” as compared to 35 percent of Jews under 30.

Across the board, a majority of Jews believe anti-Semitism is a problem in the United States now than it was five years ago, with 53 percent saying they feel less safe. Almost 40 percent of Jews report having seen anti-Jewish graffiti or vandalism and 20 percent report having been made to feel unwelcome because they are Jewish. Around 15 percent have been called offensive names, 8 percent have been harassed online and 5 percent report having been physically threatened or attacked.

“All told,” the report says, “51 percent of U.S. Jews report at least one of these five types of encounters over the past year.”

Despite this, for the most part, fears of anti-Semitism have not stopped people from continuing to participate in Jewish observances or activities.