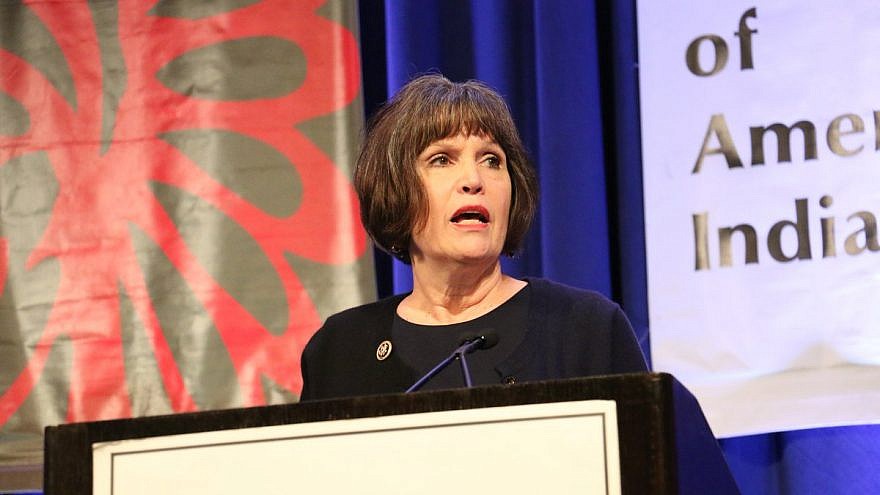 (February 26, 2021 / JNS) The Zionist Organization of America blasted what it called the “frightening selection” of Rep. Betty McCollum (D-Minn.) as chair of the House Appropriations Committee’s Subcommittee on Defense.

McCollum, a supporter of the BDS movement, has accused Israel of “apartheid,” during a keynote speech to the U.S. Campaign for Palestinian Rights, a group with links to U.S.-designated terror groups. She is also well-known for repeatedly proposing legislation that would cut U.S. assistance to Israel due to its alleged mistreatment of Palestinian children.

She was also one of the few members of Congress to vote against the Palestinian Anti-Terrorism Act of 2006, which aimed to curb and defund Hamas. She has also accused AIPAC of being a “hate group” and urged its boycott. The watchdog group StopAntisemitism.org has previously named Rep. McCollum as “Anti-Semite of the Week” and dubbed her “BDS Betty” for her anti-Israel positions.

The Subcommittee on Defense is a powerful House committee that has jurisdiction over the budget of the U.S. Defense Department. Every military spending measure must be approved by the committee before being passed by the larger House.

“McCollum will no doubt block and/or insert onerous requirements for Israel to ‘prove’ herself to be innocent of spurious charges, in order to thwart aid to and military cooperation with Israel. McCollum’s new position is thus a major threat to U.S. and Israeli security. Congress needs to remove McCollum from this position.”