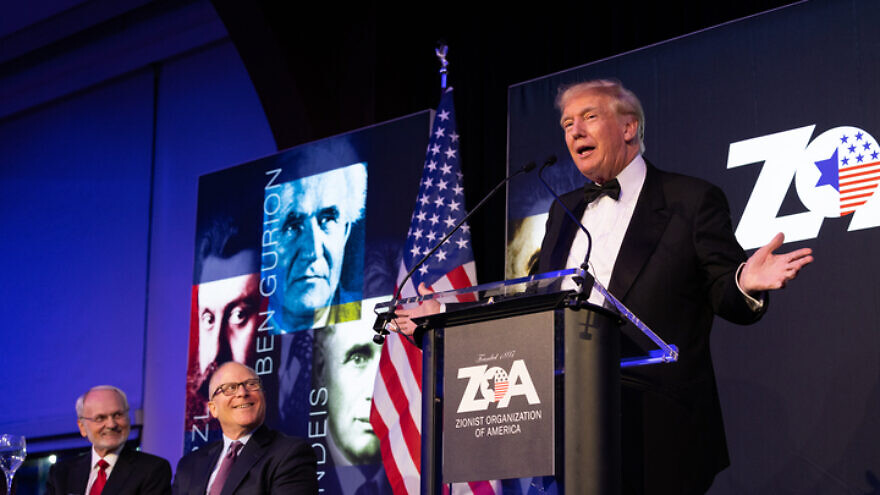 (November 28, 2022 / JNS) The Zionist Organization of America urged former President Donald Trump to live up to his strong comments and to strongly condemn both the “Jew-hater Kanye West and avowed Holocaust-denying, white supremacist, Jew-hater Nick Fuentes.”

The ZOA condemned the cordial supper Trump shared last week at his Mar-a-Lago home with “such vile antisemites.”

Trump’s “dining with Jew-haters helps legitimize and mainstream antisemitism and must be condemned by everyone,” the ZOA said in a statement on Sunday.

Trump claimed he did not know who Fuentes was. West now goes by Ye.

The organization also called on former Presidents Bill Clinton and Barack Obama to disavow antisemite Louis Farrakhan, with whom they attended events.