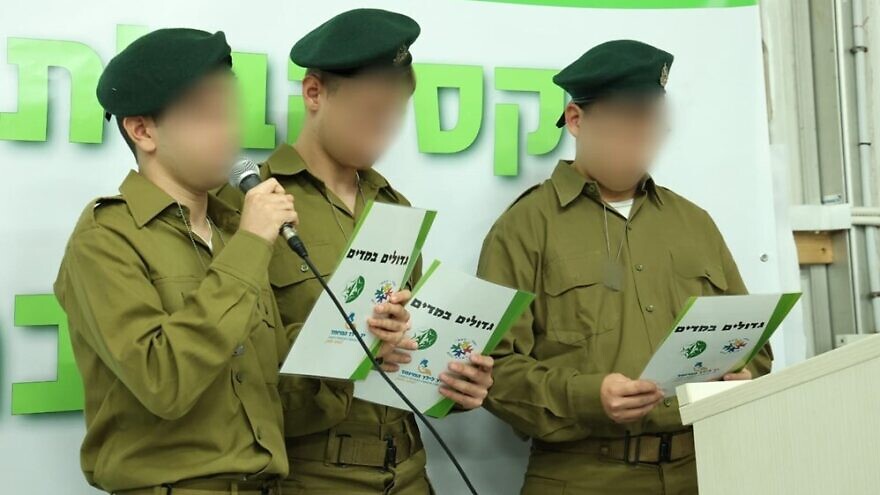 The ceremony, which occurred at Camp Moshe Dayan at Glilot, north of Tel Aviv, was led by Col. N., the commander of the Telem Unit in Military Intelligence, which is receiving the volunteers. Telem is responsible for infrastructure, logistics, and for moving Military Intelligence to its new campus in the Negev region of southern Israel.

According to the IDF, all of the volunteers are pupils from a single Petah Tikva school, and are due to become part of Telem’s routine activities.

Their involvement is part a program led by the Gdolim Bamadim (large in uniform), a non-profit organization dedicated to helping special needs youths.

Last year, the project first began and included four volunteers. The IDF said it expects the program to continue to expand.

“In the past, when I commanded Military Intelligence’s cadets base, I was always filled with big pride during swearing-in ceremonies, to see all of the Israeli people in its many diverse forms standing on the formation field,” said Col. N.

“And today, no one is more moved than I am to complete an important part of the Israeli mosaic. I now feel that this is complete, and that this is the real togetherness,” he stated.