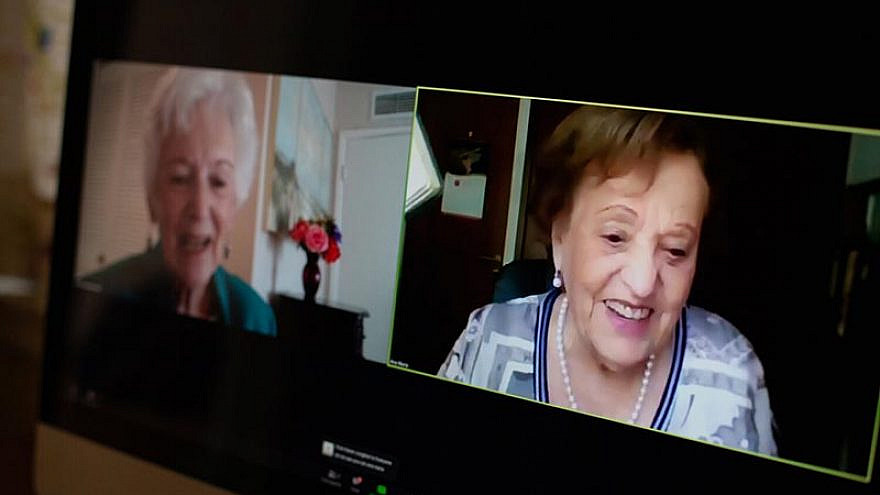 (February 19, 2021 / JNS) Two Jewish friends from Berlin who believed that each other had been killed during World War II and the Holocaust recently reunited with the help of the USC Shoah Foundation.

After Ana María Wahrenberg and Betty Grebenschikoff said goodbye to each other in a German school year in May 1939, Wahrenberg’s family fled to Chile, while Grebenschikoff traveled to the United States via Shanghai. This past fall, they saw each other again via Zoom for the first time in 82 years.

“In her [USC Shoah Foundation] testimony, Betty said she had been actively searching for her long-lost friend for her entire life; she even specifically mentions Ana María’s name in the hopes that this will help her find her best childhood friend,” said Rachael Cerrotti, who works as a creative producer for the USC Shoah Foundation, which has more than 55,000 video testimonies from Holocaust survivors and witnesses, reported the Times of Israel.

After hearing Wahrenberg speak at a virtual Kristallnacht event, Holocaust testimony indexer Ita Gordon remembered Grebenschikoff’s testimony given to the foundation 24 years ago and made the connection between the two women. Cerrotti said “what followed was a series of phone calls” to put the two women back in touch.

“This has been a great gift, which, at this point in my life, I am boundlessly grateful for,” declared Wahrenberg of reuniting with her childhood friend in November.

“Betty and I have had several encounters by WhatsApp and Zoom. We [now] talk every Sunday for about an hour … we will never catch up! Our conversations are great; we still have common interests and, of course, many, many memories that we still share,” she said. “As soon as we get out of this horrible pandemic, we will try to get together in some corner of the world.”