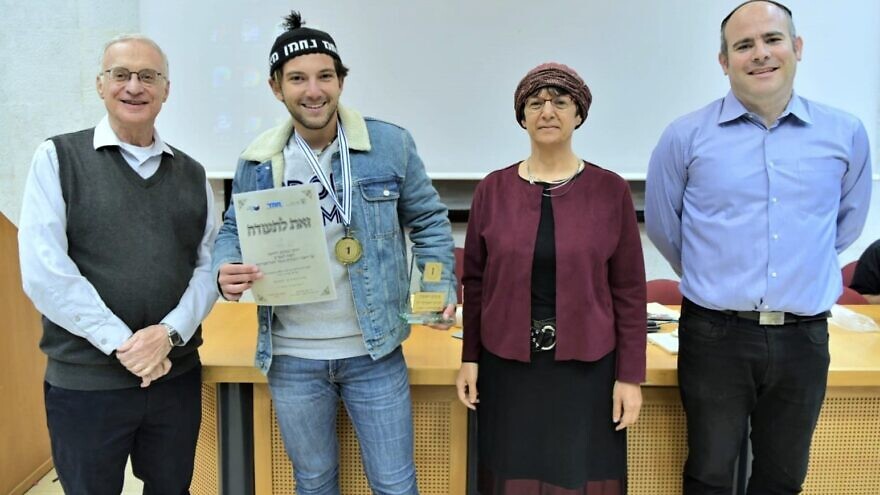 (January 13, 2022 / JNS) Some 200 seniors from dozens of religious high schools across Israel recently participated in the Jerusalem College of Technology’s (JCT) ninth annual Physics Olympiad, which advances a vision shared by the college and the Israeli government to better integrate religious youths in the Israeli science and technology fields, as well as cultivate the next generation of innovators in those sectors.

The annual Olympiad, held in cooperation with the Religious Education Administration of the Israeli Education Ministry and Jerusalem’s Science Museum, brings together students from a broad range of yeshivah high schools and ulpans who are studying for five units of Israel’s psychometric exam in physics.

The Olympiad’s exams are conducted at a university level, while the students also take tours of JCT laboratories and participate in science experiments.

Parallel competitions were held at JCT’s men’s and women’s campuses on Dec. 23.

JCT awarded tuition scholarships to those individuals who secured the first three places.

“Physics is the foundation of technological developments that shape the world,” said Benni Milgrom, academic coordinator of the Olympiad and a lecturer of electronic engineering at JCT. “The developments that gave Israel prestige in areas such as defense, health and green energy were created by engineers who studied physics at the onset of their careers. The preference given in higher-education admissions to high school students who study physics stems from the need of the state to nurture the next generation of Israeli scientists.”

“As Israel has almost no natural resources, its primary human resource is the ingenuity of its science and technology professionals,” said Nagar. “Israel relies on this resource to continue establishing its world-renowned socioeconomic and defense fortitude. Israel also relies on these curious scientists, who love to pore over the wonders of creation and who deal with the challenges of tomorrow’s world.”